That guy who really got off on a spray painted green Stewart and was honest to god thinking of buying an XJR’s son is now looking up the catalogue prices of a DB12.

Following the successful airbrushing of a previously bright pink Jordan-Midland-Spyker-Force India-Racing Point, former Aston-agnostics have gone apoplectic for the brand and are clamouring to spend hundreds of thousands of pounds they never knew they had on the famous marque.

Middle-aged joiner, Dave Reynolds said, “my dad was a huge F1 nut and I remember him getting really excited about buying a 3.0 V6 X-Type just after Tyrell-Stewart got a green paintjob thereby automatically becoming Jaguar.” 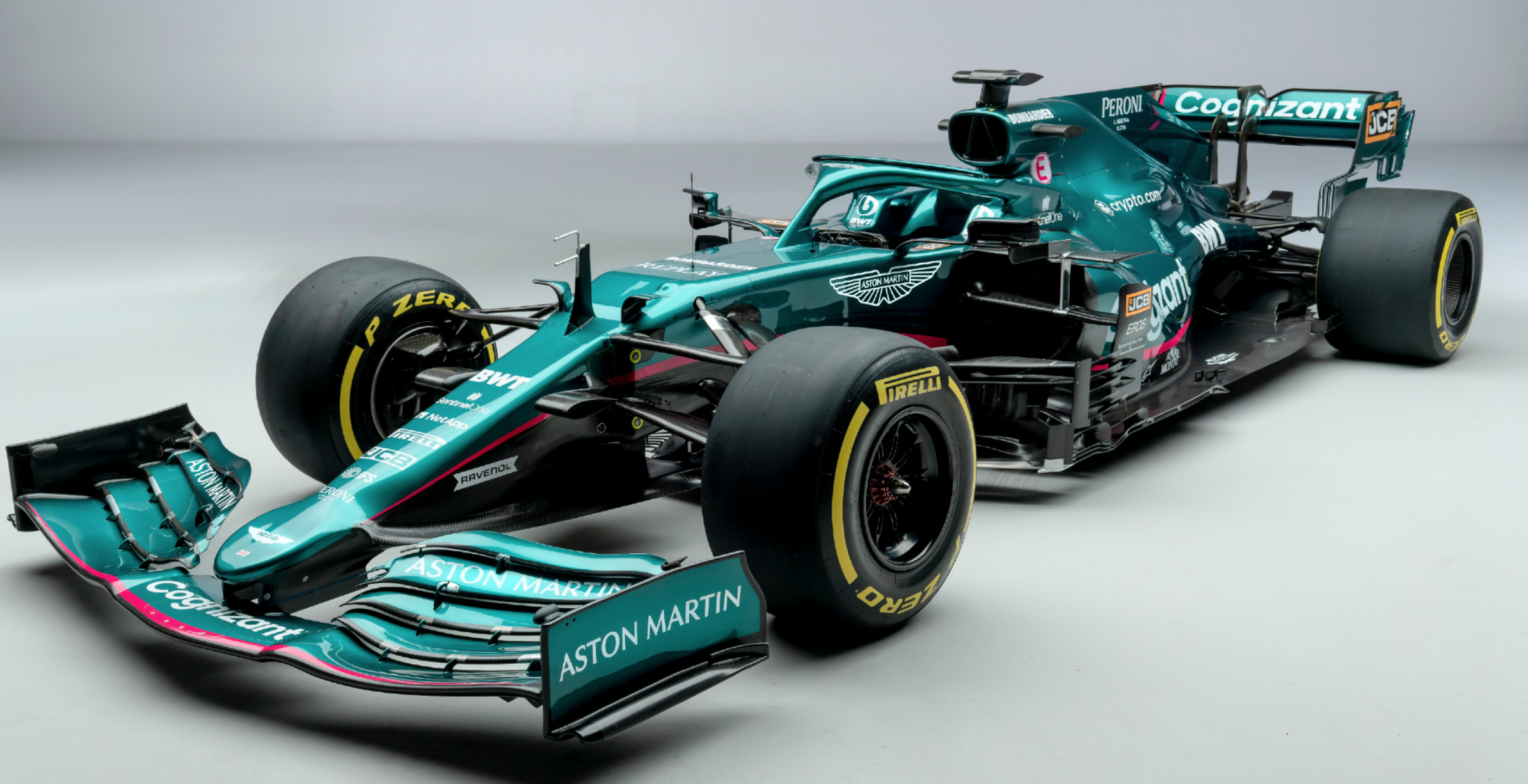 It’s got an ejector seat, we’ll give it that

“Sadly, upon realising he didn’t have £25,000 in his bank account we had to make do with the family Mondeo for another 6 and a half years.”

“But 20 years later I’m getting exactly the same tingly sensation my old man did the second I saw the famous – is it? -livery and am now actively looking at a second mortgage to purchase a brand new DB12.”

“Or to be honest, a 2nd hand non-starting Virage currently in storage in Cirencester”, he added.

The Newport Pagnell-via-Northamptonshire marque have certainly fired the imagination since they broadcast some pictures of the re-liveried Stroll employer, before coming home a strong 6th and 2nd from last in the opening race of the 2021 season.

“I’ve always wanted to own an Aston as I loved Bond as a kid”, Reynolds continued.

“Ever since I first saw the helicopter chase it off the jetty and it turns into a submarine underwater I’ve dreamt of having one.”

“It’s as quintessential an Aston Martin moment as all the ones that will be created this year with this team,” he added.

Hamilton actor warned to tone it down