Lewis Hamilton has just accidentally found the Guardian website or been given a subscription or something, people have concluded.

Previous staples of discussion for the now 7 times champion were his dog’s latest attire, level of blessedness or whatever his novelty-dressed “crew” were up to. But now he just blathers on about Black Lives matter, plastic recycling and human rights 24/7.

It’s only a matter of time before he starts feeding the homeless and adopting transgender lesbian pandas, people have decided. 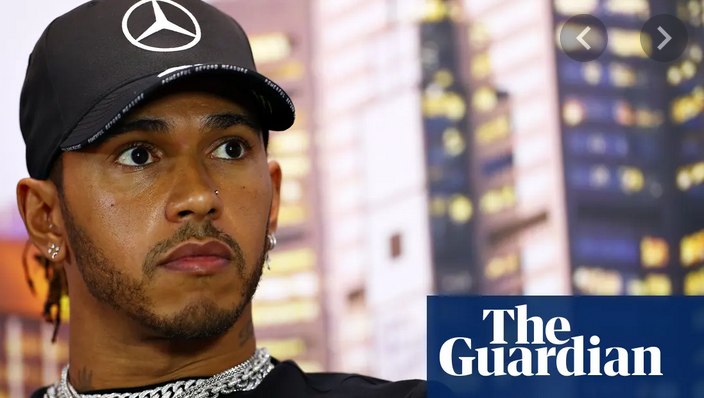 Said the Mercedes driver, “I’ve always been deeply concerned about these issues but it’s only now I have the insurance of a 7th title and $400m in the bank I feel I can finally speak up against things I’ve apparently been less bothered about than my Tommy Hilfiger clothing line or L’Oreal contract.”

“Never mind collaborations with Christina Aguilera, MV Augusta motorcyles and Bose,” he added tugging his Puma cap down on his head whilst taking a sip from a Monster Energy drink.

Hamilton, a committed vegan also abstains from drinking alcohol and contributes to poverty and welfare issues in his native UK by paying all his taxes in Switzerland.

“It’s very important that F1 faces up to human rights issues in every one of the countries it visits”, Hamilton continued.

“Unless Mercedes have any commercial opportunities at stake in which case here’s a picture of Roscoe in a hat.”

Everyone hoping 2014 F1 rules basically like David Moyes turning up