Ferrari chief-for-now, Mattia Binotto has pointed out amidst their disintegrating season that Ferrari were world champions at cheating, barely 12 months ago.

The Italian clown car builders are currently languishing near the bottom of the timing charts whereas in 2019 they were competing for the World title albeit largely because their engines were dodgier than a 2 pound note.

Binotto eulogised, “there’s 2 ways of looking at this: we’re an absolute embarrassing shitshow of unrivalled but entirely predictable incompetence or we’re that *and* last year we were spectacularly good at pulling the wool over everyone’s eyes.” 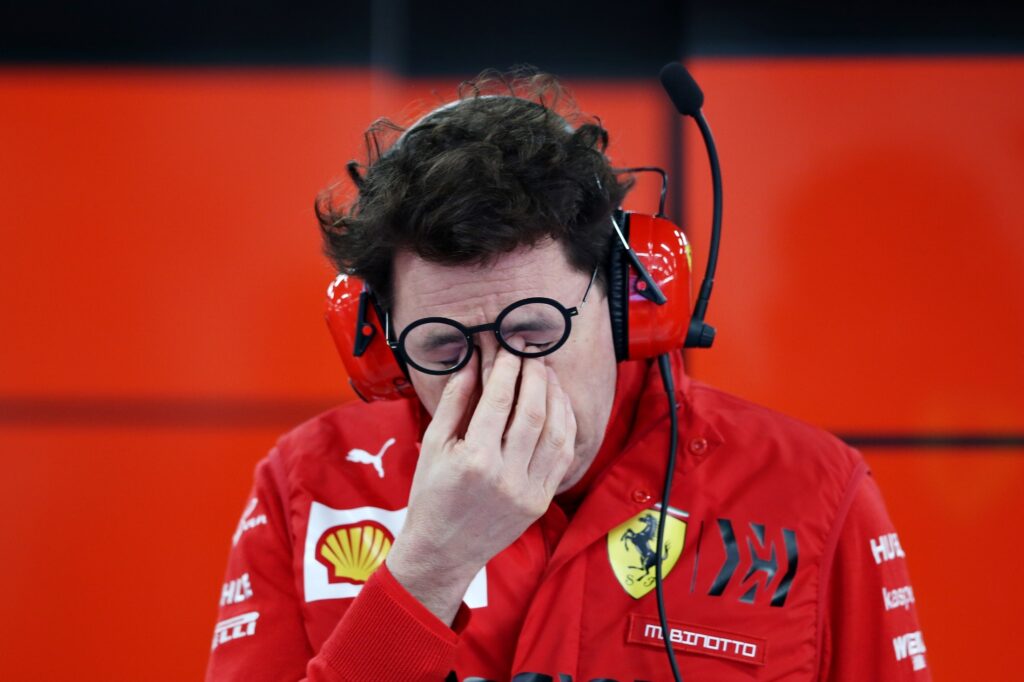 Shit: and I left the iron on

“Credit where credit’s due: we’re absolutely world class at being bent and I think we don’t get enough praise for that.”

The Maranello outfit has gone from battling for pole positions and race victories to fending off customer outfits Haas and Alfa Romeo as their erstwhile number 1 driver sees out his contract in an increasingly uncomfortable series of petty tirades mimicking a newly redundant sales executive impotently venting at a middle ranking HR officer at a firm of provincial accountants.

“You can see it as serial failure at a national level or you can see us as the standard bearers for deception, lying and all round dishonesty, ” Binotto pleaded.

“Though actually, Racing Point are probably better at that than us now so I guess we’re second best at that as well,” he added.