Valtteri Bottas’ comeback has ended after a record single race.

The Finnish chubster looked to have assembled a genuine title challenge to hitherto dominant team-mate, Lewis Hamilton after 58 laps of the season-opening Melbourne race but this has now officially ended following 57 laps of the follow-up race in Bahrain.

Said the Mercedes driver, “I’ve worked flat out over the winter to improve my competitiveness and am delighted at the ability to turn this hard work into a result for exactly 5% of the season.” 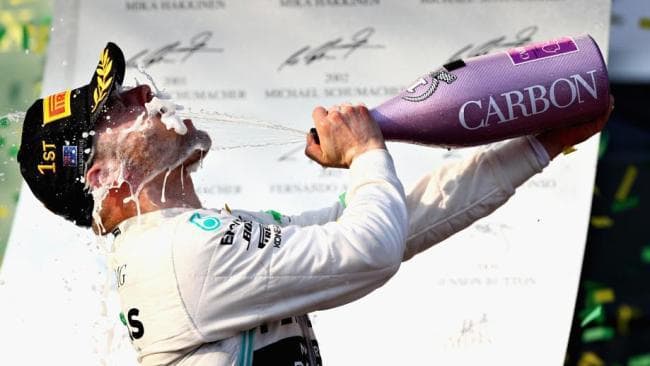 When champagne turns to piss

“Nonetheless, it’s taken a lot out of me so I’d like to thank everyone before going back to the sort of anonymous performance I’ve just mustered that makes you think I actually left Grand Prix racing years ago.”

Despite being beaten to pole position in Australia, Bottas got the drop on his team mate and streaked away to a dominant win. It prompted suggestions of a sea change in the 29 year old’s relative performance amongst people who don’t know anything about anything.

“This year’s Mercedes looks to be a great car and I look forward to finishing 2nd in it more often than not for the rest of the year,” continued the potato lookalike.

“Or maybe 3rd if Ferrari haven’t shot themselves in the foot again.”

“Or 4th if Vettel hasn’t had the nervous breakdown we’re assuming is coming somewhere around the middle of May,” he concluded.

Ecclestone admits: “only joking about all that stuff Silverstone had to do”