Lewis Hamilton has confirmed he has the first part of his superhero licence now he can ‘fly’.

The 32 year old posted the skydiving photos on Instagram where millions of time rich teenagers can catch sight of the multiple champ as he burns through all the money they helpfully gave him by constantly clicking on his picture regardless of what the fuck he’s up to now.

“Ever since I watched Orville the Duck sing, “I wish I could fly” I’ve wanted to rule the skies,” admitted the multiple drivers’ champion. 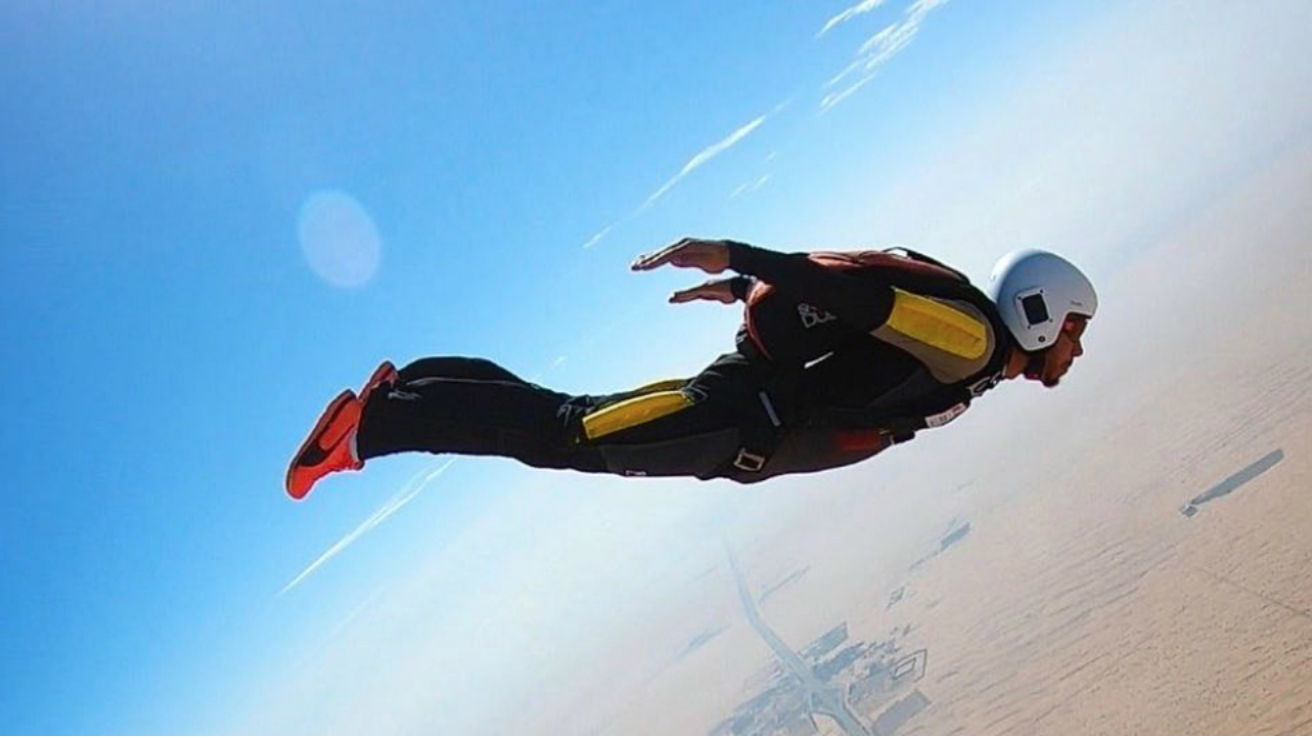 “And now I have my skydiving licence, not only can I can do that but it’s onto part 2 of my childhood wish which is to become a crime-fighting superhero.”

“Ideally Superman but I’d settle for the Black Panther. Or maybe Dangermouse,” he explained.

The superstar Brit has been busy in the offseason annoying the tits off of anyone who’d rather not know how his golf swing is going or which sporting event he’s attended but who can’t avoid a lazy sports desk picture editor with a quarter page of copy to fill.

“Of course, I’m not saying I can literally fly,” explained Hamilton.

“Though I bet I could if I prayed hard enough and enough of my fans bought my t-shirts, mugs and key-rings.”

“I for one endorse pushing him out of a really tall building to find out,” commented Valtteri Bottas, later.