Experts are still scratching their heads over Haas‘ decision to retain both its drivers for 2019.

The American midfield bollards experienced another upturn in performance during 2018 though it was hard to tell given at any moment either car might be traveling at the new improved velocity but in the opposite direction.

Paddock pundit Chris Gipsys observed, “Grosjean looks like a ventriloquist puppet confused by his own inarticulacy whilst Kevin is a psychopath trapped in a discarded Tintin doodle.”

“The only thing either of them have set on fire are the rest of the grid following any sort of collision so it’s odd – not to mention abject lunacy – they’ve retained their jobs with the sort of job security Jeremy Hunt could only dream of.” 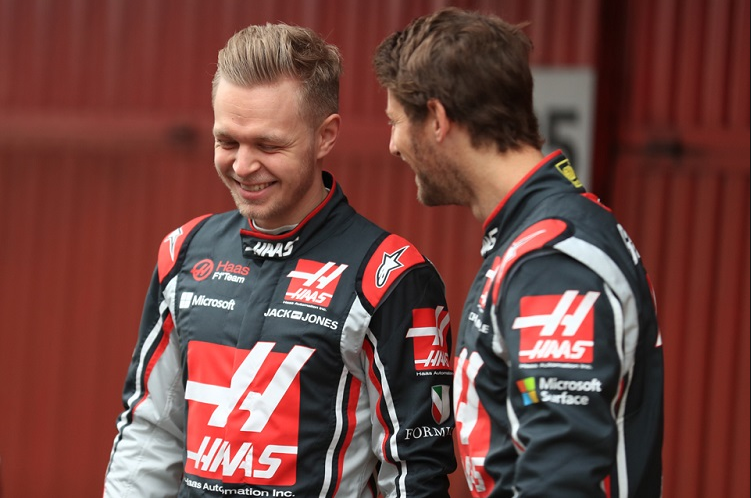 Yeah: *I* can’t believe it, either

Ferrari‘s B Team showed much promise in early races and were widely believed to be the 4th fastest car on track when it wasn’t busy leaving it often via its competitors.

“All I want to know is: who has the compromising photos of Steiner and who of Haas?”

“I think we should be told,” he added.

Lotus emulation to include going bankrupt