Esteban Ocon has mistakenly conflated his actions crashing into Max Verstappen with that of a lower league side knocking out a Premier League one in the FA Cup.

Attempting to unlap himself at the recent Brazilian Grand Prix, the Frenchman speared into then leader Max Verstappen causing both to spin down the order and the Force India driver to be at the end of some pretty fierce Dutch prodding, I can tell you.

But that was all fine because you’re allowed to overtake the leader even though you’ve been lapped and look at what happened to Coventry City in 1989? 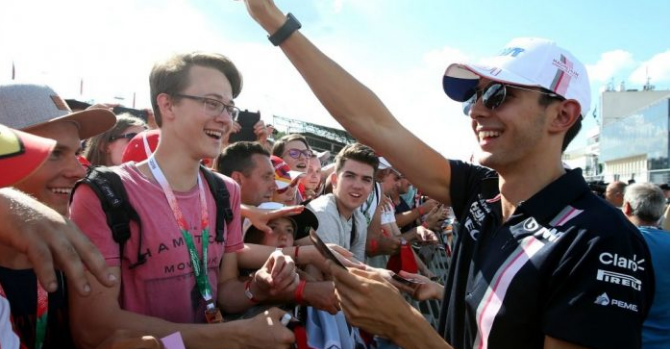 Said the Frenchman, “the rules are clear: a lapped runner can overtake the leader if he’s faster. I did nothing wrong -plus it was funny.”

“It’s exactly the same as when Bradford City knocked out Chelsea at Stamford Bridge in 2015: they were allowed to upset the leader so why can’t I?”

“Plus: Mourinho: Verstappen? Do I have to spell it out?” he continued.

Verstappen and Ocon’s rivalry goes back 4 years to when the pair used to race each other in Formula 3 with the Frenchman coming out on top.

But now the former is touted as a future World Champion at a class-leading team whilst Ocon is out of a job obviously has nothing to do with having a do-or-die maneuver with a massive amount at stake for the person minding his own business leading a race.

“What I did I would do tomorrow,” Ocon continued.

“And in so doing can proudly rank myself alongside Hereford Town, Wrexham, Sutton Utd, Bradford City and Shrewsbury.”

“Whatever those all are,” he added.