Jos Verstappen has grudgingly given in to the hype around his son but only now the 20 year old has physically confronted his fellow competitors.

Leading the Brazilian Grand Prix with less than a third of the race to go, Verstappen crashed into Esteban Ocon as the Dutchman attempted to lap him.

After which a furious Verstappen confronted the Frenchman with some robust shoving. 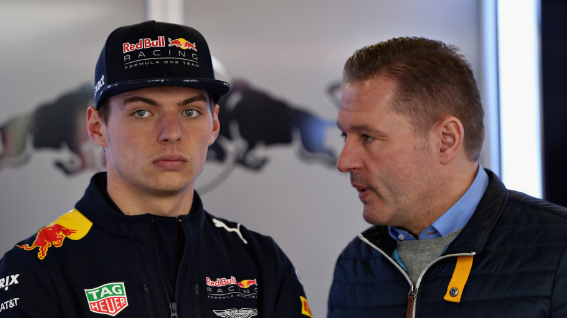 Next time gouge his eyes out, right?

“Victory [in Sao Paolo] would ironically have prompted the usual Jos shrug whereas shoving Ocon off a plinth ultimately bonded the Verstappens over their common predilection for common assault.”

Jos Verstappen was himself once F1’s hottest property but only because his Benetton team once set him on fire during a pitstop.

The rest of the time he was rubbish in between beating up whatever female partner he was then dating or whoever was riling him at the local go-kart track.

“There is nothing more beautiful than a sudden outpouring of love between father and son over a shared love of violence,” Guts continued.

“It even beats that affection the REDACTED used to have for each other over their love of REDACTED which I have to confess I thought I’d never see in my lifetime,” she added libellously.