Williams aren’t asking George Russell for millions of pounds but do own his soul for perpetuity, the Grove team have confirmed.

Following the 20 year old’s signing, Williams effectively admitted the end of its pay-drive policy thanks to its new title sponsor, the One Who Walks Backwards.

Said team CEO Claire Williams, “we are delighted to welcome George to the team for as long as his contract allows and his soul into the bosom of Beelzebub for all eternity thereafter.” 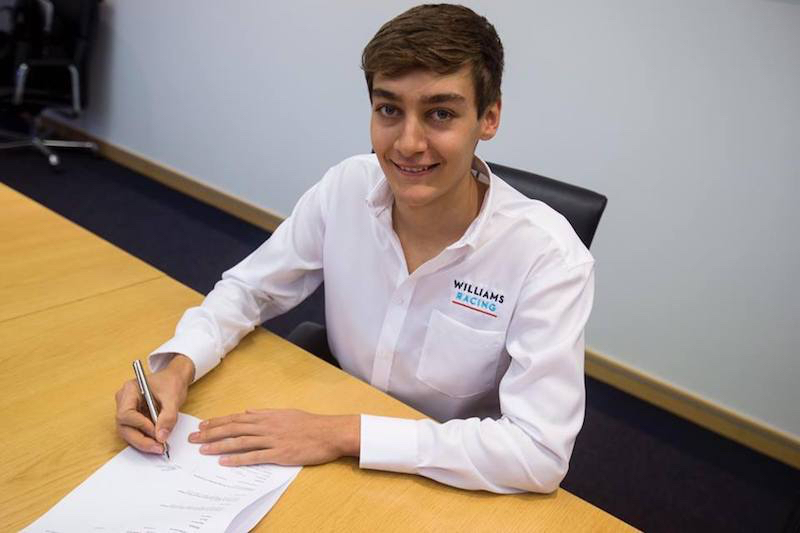 What goes first: my soul or my credibility?

“Them’s the rules,” she added.

The famous marque have been in freefall since the heady days of Mansell, Hill, Montoya and Nakajima.

Pay drivers and one-sided engine deals were the order of the day until a chance meeting with the Necromancer finally saw the team able to hire talent worthy of the bit of its brief history when the whole outfit wasn’t a shitstorm from top to bottom.

“I’m delighted to be joining such a well renowned and respected outfit with such a glorious history,” Russell explained.

“Williams on the other hand are an embarrassment but if you think I’m doing Formula E you can shove your Bible up your arse,” he added.