UK F1 fans without a Sky subscription are thanking their lucky stars they get to see their favourite sport next year 4 hours after it happened for half the running time it actually took.

They are also going cock-a-hoop about getting the British Grand Prix live where they get to see Eddie Jordan just as they’re trying to digest lunch.

F1 fan Steve Shavings said, “we’d like to thank Sky, Channel 4, Bernie Ecclestone, Liberty Media, the FIA, FOM, God Almighty, Allah and Princess Diana for the magnificent opportunity bestowed upon us to be able to watch a bit of the sport we love hours after it finished – all for nothing.” 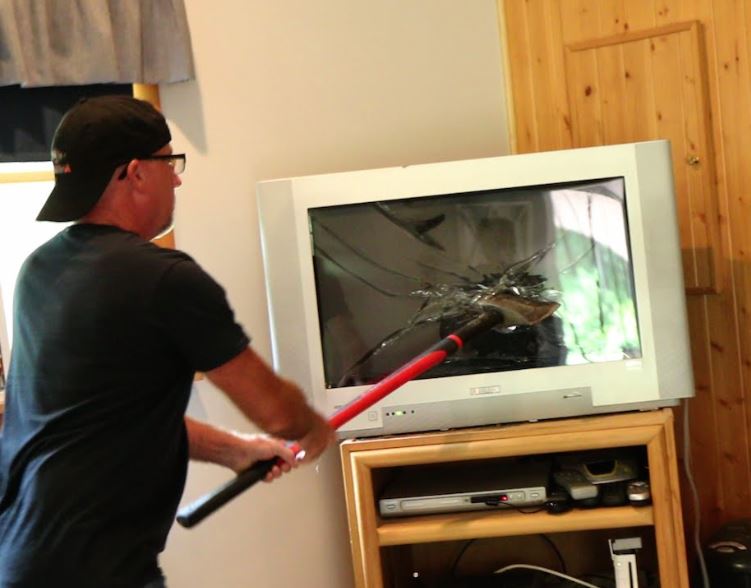 “It will be truly pointless live-tweeting the race 4 hours after it took place to an audience exclusively cheesed off they too are reduced to watching highlights.”

“And it’s always fun trying to avoid a result like in that Likely Lads episode only they didn’t have to do it 20 times a year and anyway I don’t even know what the Likely Lads is,” commented the 26 year old.

Fearing the UK audience would get hollowed out to 50,000 middle-aged Brexit voters spending 90% of each broadcast complaining it’s not as good as the old days, F1 Broadcast rights holder Liberty rushed to broker a deal with Channel 4 that would add a much larger, disgruntled audience to the existing smaller one.

“It’s an interesting solution to the problem of Grand Prix being boring,” continued Shavings.

“Whilst we assumed the sport would try and solve the problem using technical solutions it would appear they are instead curtailing the transmission times thereby giving the illusion the sport is more exciting than it really is.”

“You’ve really got to hand it to them. Which I intend to if I ever see them. With both barrels,” he explained.