Skip to content
4
SHARES
ShareTweet
Daniel Ricciardo spent the summer break off his tits on so many different drugs he’s pretty certain he did something really stupid but can’t remember what exactly.
The 29 year old Australian left the final race of the first half of the season in Budapest for a 4 week bender involving a variety of hallucinogenic drugs; side-effects of which often result in rash decisions with tragic consequences. 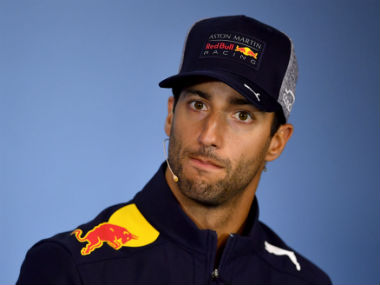 Said the buck toothed Antipodean, “one minute I was going round and round the Hungaroring, the next I’m sitting here talking to you guys.”

“The bit in-between is pretty hazy: I remember a lot of yellow and everyone laughing hysterically but then I passed out.”

“I was thinking maybe I did a sponsored bath of custard or something but to be honest, I’m fucked if I can remember,” he explained.

The 7-time-time Grand Prix winner had had a torrid few races and decided to go on the mother and father of all mash-ups to get over it despite the risk of doing something he’d regret for the rest of his life.

“I’m pretty certain I’ve done something stupid as everywhere I go people are laughing and pointing at me,” continued the naive Ozzie.

“Although I found a taxi receipt for somewhere called Enstone I’d never been to the other day so perhaps it’s something to do with that?”

“Honestly, if it’s mooning at passing traffic again I’ll be mortified. It can’t be any worse than that really can it?” he added imploringly.