Indians were asking if they could have an alternative billionaire patriot to the Vijay Mallya one they’d been given as he’s basically gone and done the opposite of what one of those is supposed to do.

The 62 year old on-the-run businessman was finally turfed out of the Force India F1 team he had successfully kept hanging by the sort of credit line Arthur Daley would have found embarrassing after it fell into administration.

Relatively proud Indian Chris Gandhi said, “I was sort of chuffed when Force India was first created whenever it was.” 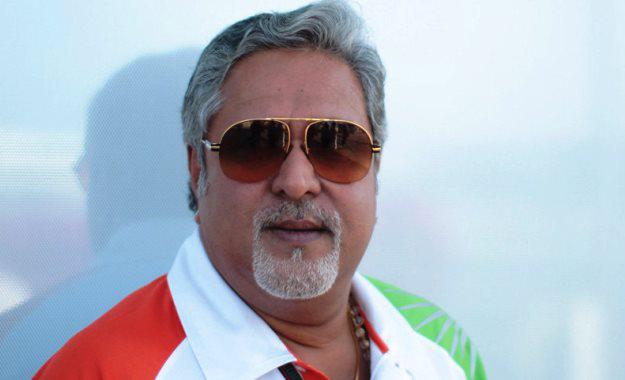 “Even if I’m not sure I was totally on board with something parading an Indian flag largely obliterated by garish booze adverts on a global stage of eye-wateringly banal conspicuous consumption fronted by a man who looked like he’d just stumbled off the Lakeside darts runway.”

“I think I recall saying I’d give them the benefit of the doubt. Albeit a doubt that was attached to a face grimacing behind a cushion held up so as not to have to look at it any more,” he explained.

Vijay Mallya roared onto the F1 scene when he bought the Spyker nee Midland nee Jordan team in a blaze of diamonds, slicked back hair, dark glasses and angry creditors back in 2008.

Vowing to put India centre stage in the most technologically advanced sport in the world Mallya instead put himself centre stage then left it when the stage was located by Indian police looking for half a billion dollars in unpaid bills.

“It’s great Vijay has somewhere he can so proudly call home,” Gandhi continued.

“I guess there’s not as much money in breweries these days though?” he concluded.

Future Grand Prix to be imaginary