Prostrating himself before the Englishman shortly after he retired from the weekend’s Austrian Grand Prix, the team’s Chief Strategist apologized unreservedly for the long-dead failed relationship explaining that it was probably something he’d done being as how the team’s lead driver was beyond reproach and everything.

Said the Englishman from on top of a chair with a rope round his neck, “Nicole separated from Lewis whilst he was at Mclaren and I was at Mercedes but it was almost certainly something I did and I’m very, very sorry.” 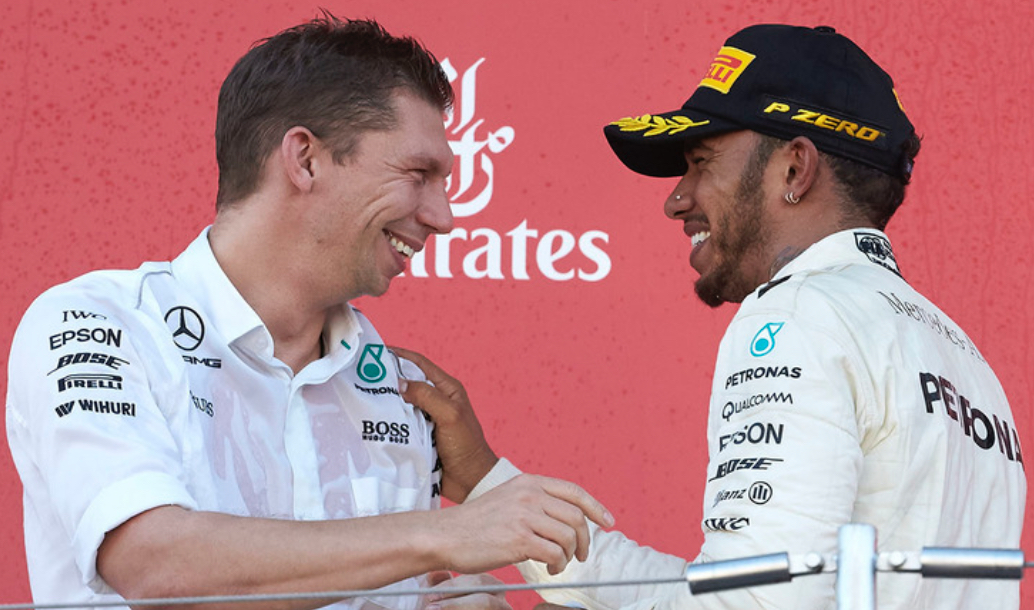 “I’d also like to apologize for Coco taking a shit in his Sparcos yesterday and his green tea being 3 degrees cooler than the optimum temperature at breakfast this morning.”

“Now if someone would just kick this chair away, I can finally complete my contractural obligation regarding these entirely unforgivable errors,” he explained.

Vowles was an unknown backroom staff member at the all-conquering Mercedes Team until an inadvertent tactical error at the Austrian Grand Prix compelled the 39 year old via a Toto Wolff statement and Niki Lauda-cocked Colt 45 to fess up.

“I’d like to thank James for the many, many victories and points he’s earned me over the years,” Hamilton uttered at the funeral.

“But you cross me, you’re nothing.”

“Now: somebody please bring my Superman cape and Minions fart gun to my trailer” he added, leaping off the headstone.