The 31 year old Mercedes driver believed he had successfully cornered the F1 arsewit driver market through the constant repetition of banal self-aggrandising cliche, hazy conspiracy theory and repeating “these are the greatest fans” at every single venue but now finds himself fighting off the youngster intent on climbing peak-dickhead long before the season finale in Abu Dhabi. 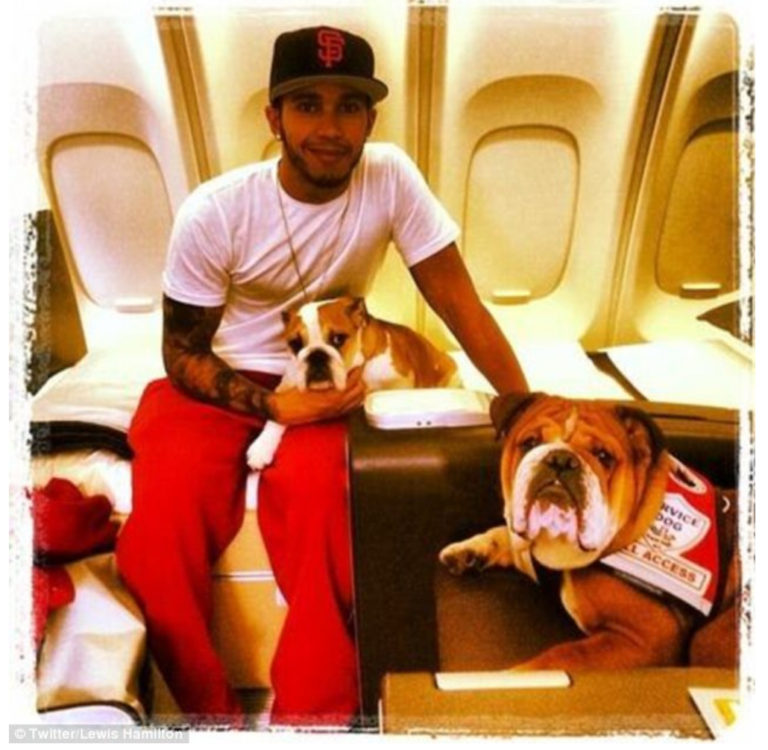 “But once that was achieved he struggled to find another goal before realising he could become the uncontested ubertwat of F1 and set about achieving that with absolute single-minded dedication.”

Hamilton believed he had reached undisputed bellend 2 years into his Mercedes deal and celebrated by getting a tattoo of a motivational statement read out to him from a website by one his PR guys and buying a dog that looked like it’s mother had fallen face first off a tower block.

But Verstappen’s sudden arrival has pierced Hamilton’s cosy twattery bubble thanks to his ability to not be very old, crash a lot, drive fast, crash a lot more and get upset about other people telling him this.

“There’s no doubt about it, Lewis is concerned about the number of fans addicted to supporting bellends moving from his camp to Verstappen’s but his room for manoeuvre is limited,” continued Phallius.

“He’s run out of space on his body for stencilling any more platitudinous arsewash and assistants to pick up dogshit from whatever new squat 4-legged girlfriend substitute his PR guy read about in GQ.”

“Basically he’s relying on Max cartwheeling into a grandstand which to be honest I’d say is about 50-50 at the moment,” he explained.