The childrens’ television animation series, Wacky Races is suing the Azerbaijan Grand Prix for copying all its ideas.

“We’ve had enough,” series spokesperson Barbara Hannahara said just after the final broken car part had fallen back to Earth. 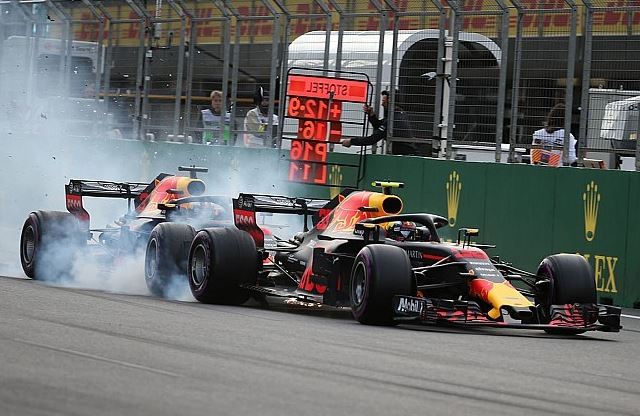 “The slapstick motorized pandemonium on display today was the most blatant bit of plagiarism since the last time we took a successful live action thing and recast it with substandard animated animals.”

“Part of the race was a direct copy of episode 13,”The Dopey Dakota Derby” for Christ’s sake” she outbursted.

The CBS series ran for 17 episodes and featured more mechanical nonsense than you’d find in an average Honda F1 engine.

But nobody – least of all the probably long-dead animators – could have anticipated Sunday’s maelstrom of mechanical motorsports plagiarised mayhem.

“We’d have gotten away with it if it hadn’t been for those meddling kids,” F1 chief Chase Carey said.

“Well: actually it was the Grosjean crash. I mean, how could that be anything other than a rip-off of a cartoon?” he wondered.

No human beings in Bahrain

Actually, we were going to set fire to our 50 million quid, sponsors tell Dennis