Pierre Gasly is now worst at driving everyone has agreed.

The former French tugger who everyone decided was the best in the world after finishing 4th in Bahrain is now shit again having driven around at the back of the recent Chinese Grand Prix before crashing into the side of his team-mate.

Said the 22 year old, “whilst I was delighted to learn I was the best thing since sliced bread after Bahrain it seems only fair that I should accept the same fickle punditry when it immediately thinks the complete opposite.” 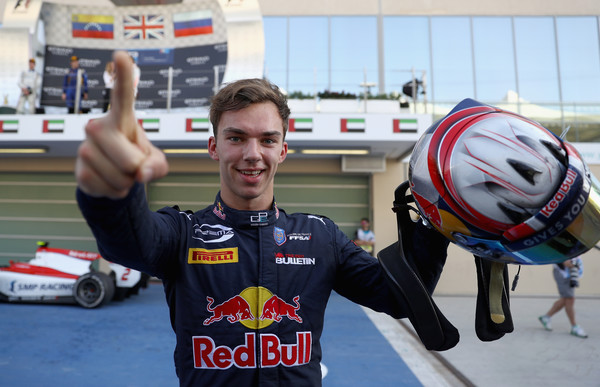 “I’m happy that I was best at driving for 14 days: a fleeting plaudit I shall carry with me forever and definitely into my Formula E career which will apparently be starting a lot sooner than I originally anticipated,” he explained.

Gasly joined Toro Rosso in 2017 when a vacancy appeared for somebody who wasn’t keen on committing to the sport for more than 18 months and didn’t mind being ruthlessly humiliated on a regular basis towards the end of an already tenuous employment contract.

But doing quite well in Bahrain, Gasly appeared to have blown his opportunity to join the exclusive group of around 100 drivers who can say they drove for Toro Rosso despite nobody asking.

“Shittest driver in F1 is a badge I can only hope I can carry with as much poise as I carried the last one that said I wasn’t,” the Frenchman continued.

“Though with my team-mate and the entire Williams team I’m not sure I’ll be able to hold onto it any longer than that one,” he conceded.