Pierre Gasly is now best at driving everyone has agreed.

The former French tugger suddenly turned into the new Ayrton Senna when his Toro Rosso finished 4th at the recent Bahrain Grand Prix which was just madness or something.

Said the 22 year old, “I always knew I was good but I’m delighted to know that I’m now the best in the world thanks to pedalling this bucket of shit to just outside the podium.” 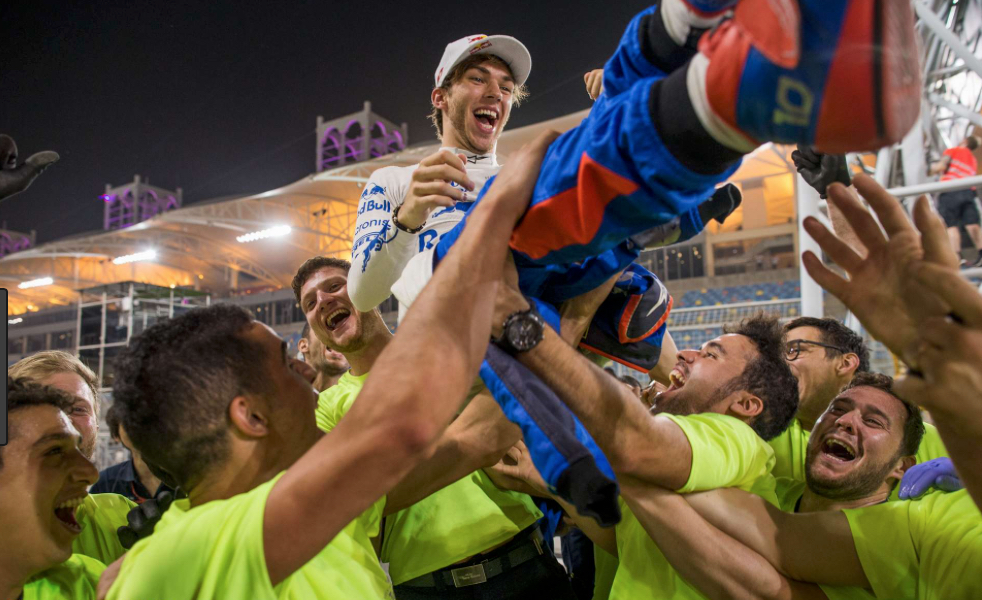 3 cheers for my brilliance!!!

“In some respects I’m glad nobody dropped out in front of me as that would have made me better than Senna which would have started the backlash even before I’d had time to be put on a pedestal.”

“I’d hate to think my Red Bull career got off to an over-hyped start only to have everything cruelly taken away from me after I gradually lapse into obscurity,” he explained.

Gasly joined Toro Rosso in 2017 by mistake when Carlos Sainz Jr left and Helmut Marko realised the Red Bull junior squad was down to Gasly, Sebastian Buemi and somebody who still had Brendon Hartley’s number.

“I’ve always wanted to be the best but I wasn’t expecting it this early,” went on Gasly.

“I hope the easy way it’s fallen into my lap won’t influence my subsequent career.”

“Or anybody notice that actually the car and engine are pretty good and my team mate can only drive fast when there’s a roof over his head,” he added.

Shifty fucker convinces Williams he’s the answer to their problems