Formula One Managing Director of Motorsports Ross Brawn thought the recent Australian Grand Prix was terrific so long as you ignored the fact it was terrible.

Clapping and applauding like a girl at the appalling spectacle, the former Ferrari and Mercedes engineering guru really enjoyed the non-event from a purist perspective or something.

Said the 63 year old multi-millionaire of the fulcrum of uneventfulness, “I know I’m paid to stay awake during F1 races but I really think that even if I weren’t I definitely would have probably remained conscious during most of that.” 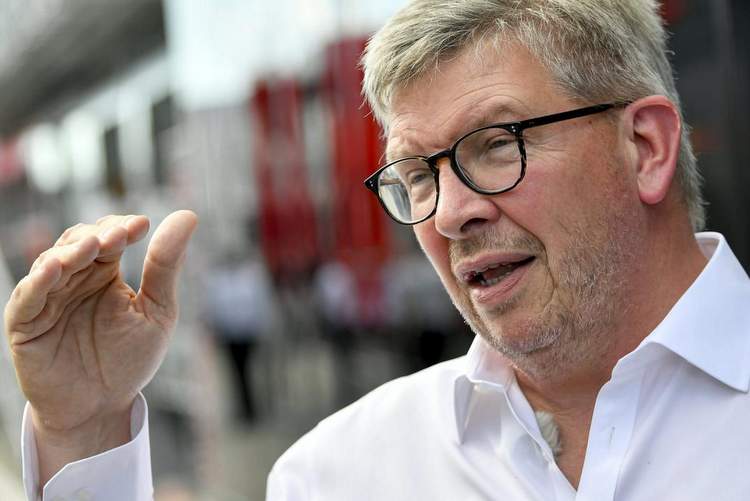 “…about this much bullshit”

“What the casual fan has to appreciate is that although a race may appear boring, predictable, monotonous, humdrum and lethargic there are many, many complex things happening behind the scenes they can’t see which mitigate that.”

“Or some of it. Alright, none of it but those mitigating things are damned exciting I can tell you,” he explained.

The opening race of the 2018 season was a stupefyingly dull affair enlivened only by a comedy Mercedes strategy failure, Honda fireworks display and Max Verstappen losing an argument with some grass.

But Ross Brawn saw it differently, in no way influenced by the stupendous amount of money he’s paid not to say the opposite.

“It’s the easiest thing in the world to say it was an embarrassment. A tedious debacle. A monotonous grind of endemic sporting failure. A moribund gilded gob of putrescent institutionalised monotony,” continued Brawn.

“Anyone can say that. But the moment anyone suggests it’s actually entertaining, effervescent, sparkling fun the whole world thinks you’re talking out of your arse.”