Announcing the ban this week, F1 owners Liberty explained it did not match the expectations or brand values associated with the sport, immediately plunging men apparently unable to find or access online scud pamphlets into despair.

Outraged grid girl onanist, Keith Beatwell shouted, “this is absolutely outrageous. Every 2 weeks I look forward to pulling my pud all over my torn and crumpled collection of Autosports as Martin Brundle weaves his way down the grid between brightly coloured plumped up catalogue models.” 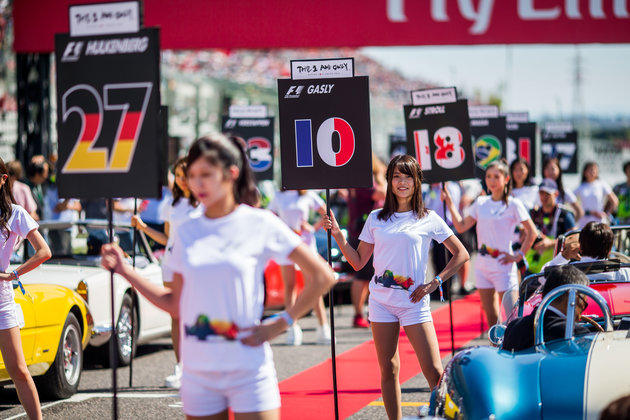 It’s what the Suffragettes had in mind, love

“But simply for the sake of avoiding the debasement of half the Earth’s population, Liberty have denied me and my friends the opportunity of tugging ourselves to ecstasy over the sort of girl you wouldn’t normally look twice at in Argos – assuming you had the guts to look at her once.”

Grid girls have been both an integral part of motor racing and critical to those males unable to use their imagination to stimulate themselves to lonely orgasm in front of the TV.

The move to ban them has caused fury amongst many fans therefore who also point to historical precedent, tradition, convention and Jesus H Christ would you look at the state of those knockers.

“Taking away a girl dressed in a yellow boobtube holding a number denies my right to ogle that girl to its logical conclusion,” continued Beatwell.

“And my mum’s rights in having a job to do: cleaning it up once I’ve unbolted the door and let her in.”

“So it’s a double whammy for feminists and womens’ rights if you follow me?” absolutely nobody could.