Fernando Alonso wonders if the racing Gods have taken a break from trying to break his spirit and are now just taking the piss out of him.

Speaking after the Spaniard finished 13th in his class at the Daytona 24 hour race, the 36 year old didn’t think it was a coincidence he’d ended up in that position. 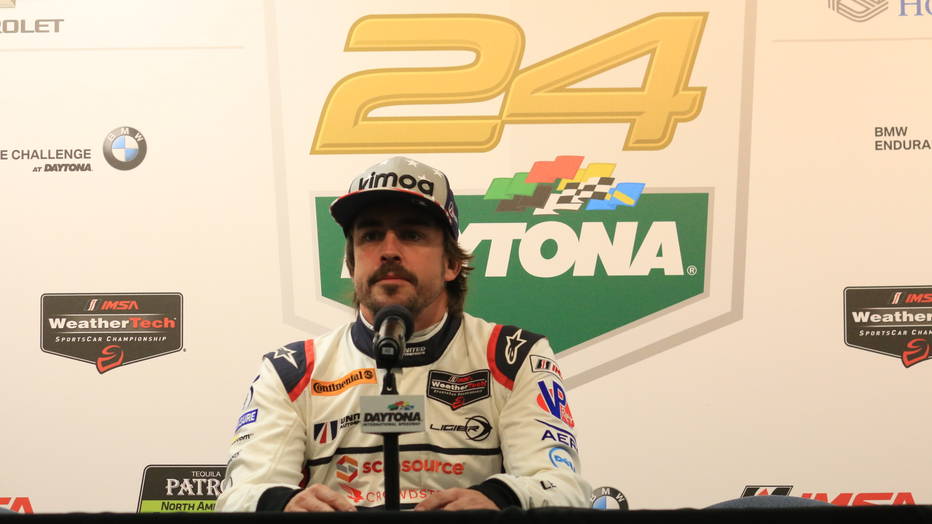 If anybody could tell me what my hat is selling at some point, that would be grand

“Don’t you think I can’t see what’s happening? A bunch of random problems and I just *happen* to finish an unlucky-for-some 13th? Don’t think I don’t know what’s going on. Again,” he spat in Spanish.

The once in the long distant past double F1 champion has had a series of unlucky career breaks ever since he first went to Mclaren only to discover somebody as obstinate a twat as him running the same team.

He then drove for a Ferrari team busy falling off a cliff then Mclaren again just as they had redefined a cliff as a 16km high mountain of firey shit that finishes in a molten edge straight into the centre of a boiling core at twice the speed of sound.

And inbetween he also had another stint at Renault.

“13th. I couldn’t have been fucked more if I’d placed 69th owing to Ron Dennis getting dropped on the car 3 seconds after the start,” he concluded.

August break making bloke realise he isn’t really a motorsport fan, after all