The Ferrari Formula 1 team are to entrust all future championship showdown responsibilities to the traveling circus of Billy Smarts.

The Italian marque made the announcement following 2 consecutive races which saw the team balls everything up at the exact moment everyone thought for some stupid reason they might do the opposite.

Team principal Maurizio Arrivabene said, “it takes a great deal of effort and planning to engineer a wipe out of the entire team before the first corner of a race, let alone a series of clown car breakdowns 2 weeks later.” 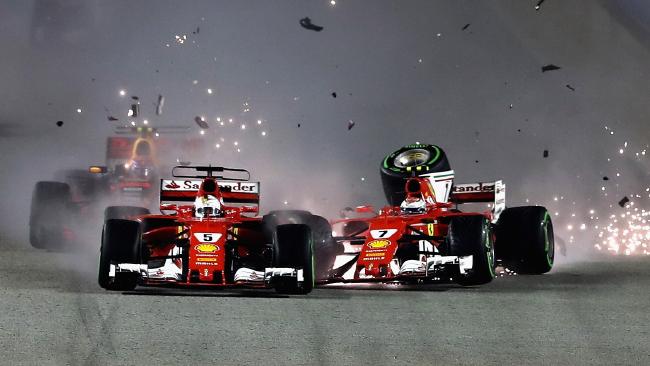 Future throttle movements to be operated in clown shoes

Ferrari were hyped at the beginning of the season as possible title contenders when it became clear the car was finally a match for the all-conquering Mercedes before everyone remembered why that wasn’t going to happen.

“We’re looking for a really strong end to the season,” Arrivabene continued.

“Get the hopes of the fans up then – wham! – hit them with someone dropping a wrench on Seb’s foot whilst 2 men swing a ladder round and knock Kimi into a swimming pool,” he explained.