The controversial 46 year old confirmed he had finally run out of left-field F1 blogs who considered it relevant to broadcast the views of the balding malcontent and would now be shouting his opinions about why everything was better in his day from a public bus shelter in Southwark.

Said the perpetually aggrieved bell end, ”I can confirm that my uniquely controversial opinions about whatever F1 topic can involve a comparison with my better self will now be conducted at the side of the road towards my true fans: people hurriedly driving home from work with their windows tightly wound up.” 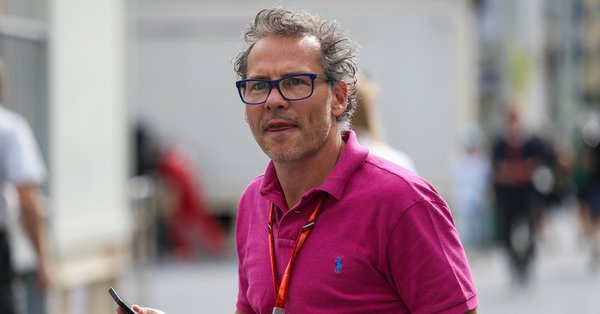 “At last my scathing opinions on why Lance Stroll is bad, Daniil Kvyat worse and Robert Kubica worse still will not be silenced, provided I’m not moved on again by the local constabulary”, he explained.

The still bafflingly courted French Canadian continues to spout off about various F1 matters despite not being asked to, especially if it involves communicating an unwanted opinion about why whoever it is isn’t as good as he was.

The statements are broadcast with the CAPS lock on and implicitly refer to the 2 seasons Villeneuve won anything rather than the 9 other years he couldn’t blow the top off a rice pudding.

“People may not like what I’m saying but that’s not the point, “ Villeneuve admitted.

“The point is to get noticed sufficiently to get a pundit’s job now the insurance company won’t pay out after the CD factory mysteriously burnt down,” he explained through a megaphone at a passing Vauxhall Zafira.