Mercedes aren’t scared to use Lewis Hamilton’s poetry against Ferrari in a championship showdown the team have announced.

Despite praise for their above board even-handedness the threat to use the Englishman’s recently discovered talent for jarring verse against the Scuderia shows how much pressure the Italians have put them under.

Paddock poetry expert, Dan Airs said, “in the past, teams have produced underweight cars, filled them with illegal fuel and deliberately misinterpreted aerodynamic rules but deploying their driver’s own stomach-churning stanzas against their main competitor is a new low in F1’s competitive cut-throat history.” 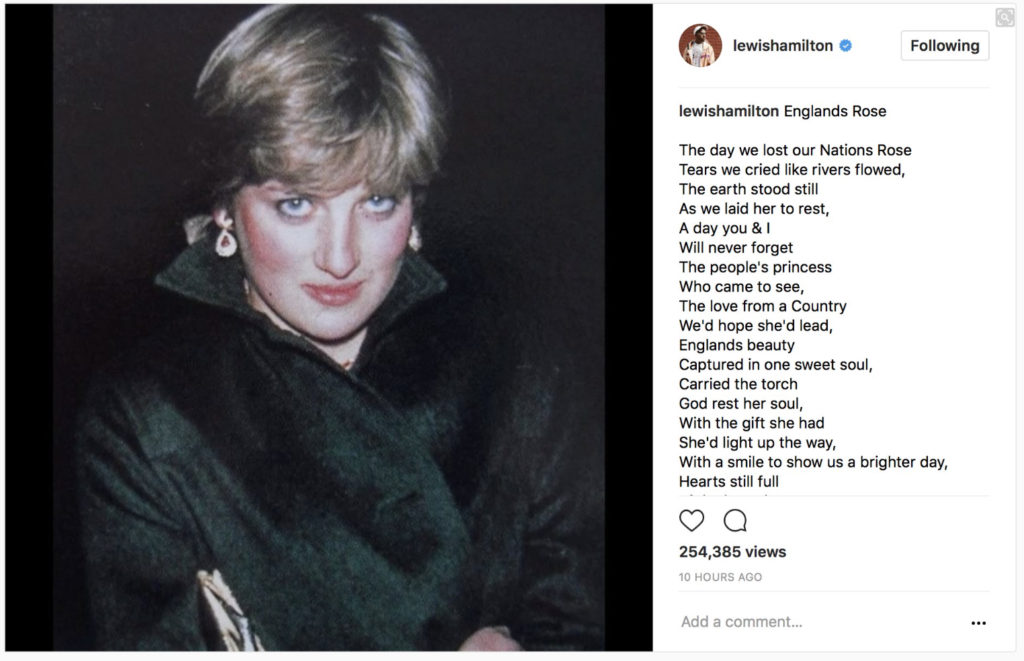 Not known for his gift of rhyme and not now either, Lewis Hamilton stunned the world on the 20th Anniversary of Princess Diana’s death by publishing rather than deleting the first thing that came into his head on the subject.

The resultant doggerel is so bad if the offending lines ever leave Instagram Social Media experts believe, it could tear a hole in the fabric of the universe the likes of Richard Stillgoe or Pam Ayres would find impossible to repair.

“Ferrari are incredibly angry about this,” Airs continued.

“Vettel has only ever written 1 limerick about a bratwurst from Munich he’s determined to keep private whilst there’s some suggestion Kimi can’t write.”

“A Haiku on the anniversary of Prince’s death is all it would take; though mind you nobody would see it if everyone’s already plucked out their own eyeballs,” he added.

People following me on Twitter, shocked Will Stevens discovers