The Dutch teenager roared into the side of fellow Red Bull driver Ricciardo just 2 corners into the Hungarian Grand Prix, finally nailing the son of a bitch after a series of near misses.

Said the confident/psychotic Dutchman, “I’ve been in F1 nearly 3 years and so far have hit or intimidated just about everybody except my team mate.” 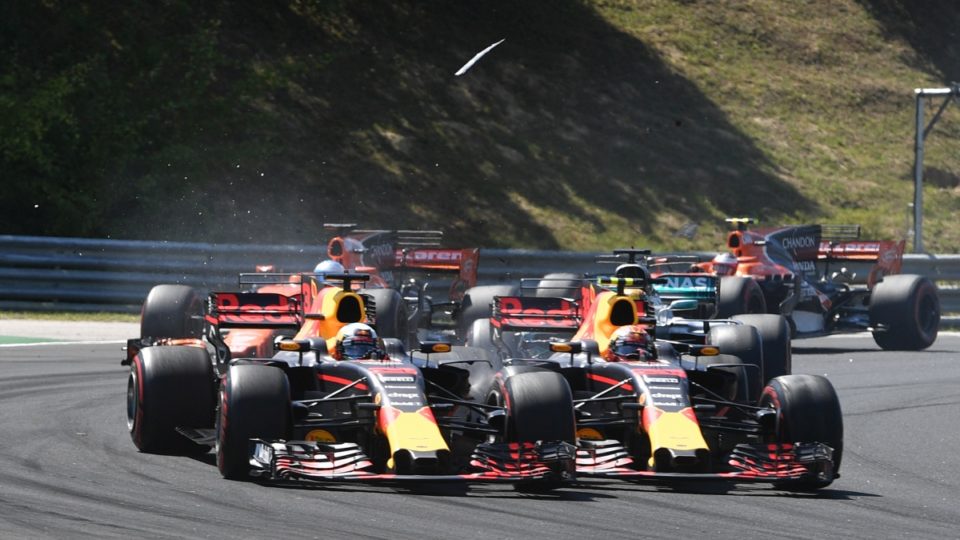 “I’d like to apologise to my fans for taking such a long time but in finally bundling Daniel off the track, hope they realise that’s one more step to career greatness.”

Verstappen’s lunge immediately ended Ricciardo’s race thereby helping the Pob impersonator to join a string of F1 luminaries and Ralph Schumacher who’ve sailed straight through their team-mate and into the history books.

“Hunt, Senna, Prost, Vettel, Hamilton, Sato: all the greats have taken an absolutely ridiculous gamble and thundered straight into the guy they share their garage with thereby becoming legends,” Verstappen continued.

“Or is it bell ends? Truth be told, I can never remember.”