Fernando Alonso is the embodiment of Matthew Le Tissier, the Spaniard has revealed.

Setting fastest lap at the recent Hungarian Grand Prix following a season long rearguard fight single-handedly dragging his crappy team into the dog-end of the top 10, the 36 year old revealed he was the living reincarnation of “Le God” assuming the ex-Southampton player was dead and didn’t play football.

“I am about 20 times better than everyone else,” Alonso explained, “and it’s bloody obvious.” 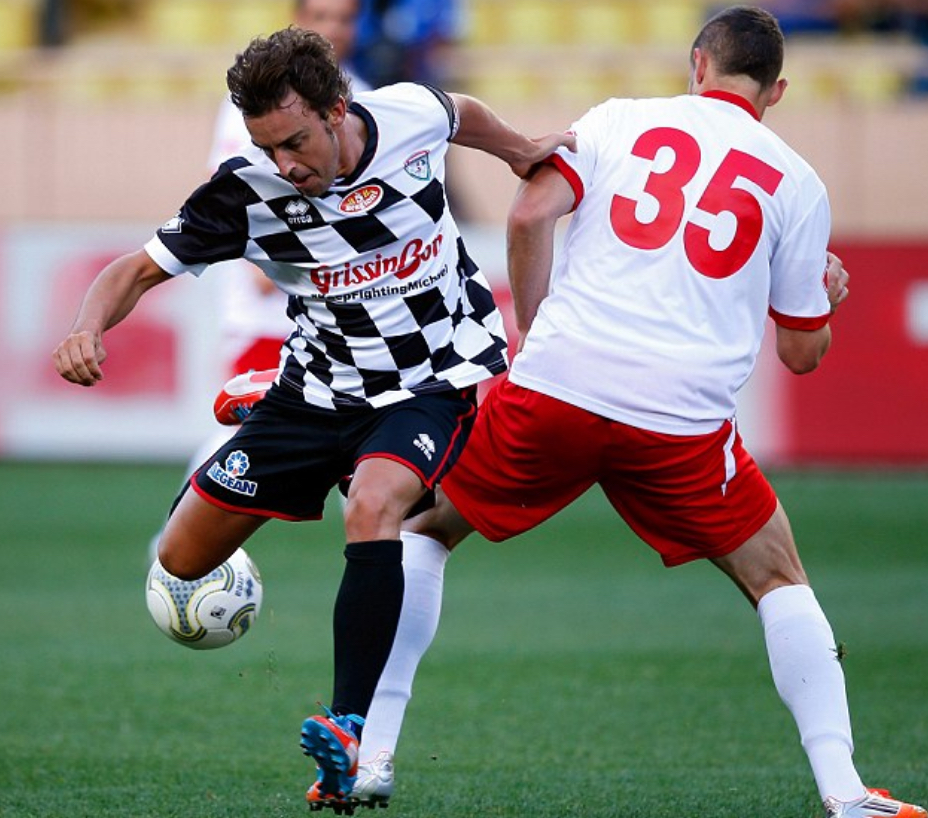 Or was it Matt Le Blanc I was thinking of?

“If it weren’t for me McLaren would be a GP2 team and you’d only be able to buy its merchandise in the bargain bins in WH Smith.”

“Short of wearing a comedy nose and copping off with Dannii Minogue I don’t know how much more obvious I can make this,” he continued.

Matthew Le Tissier joined Southampton as a teenager, eventually playing over 400 games for the Saints, becoming its 2nd highest scorer and famously saving the South coast club from relegation; continually rejecting big money moves to larger clubs and never complaining about his predicament.

“Otherwise though – peas in a pod, mate,” he explained.