Valtteri Bottas is fairly sure he’s won at least one F1 race but don’t press him on where exactly.

The Finn has now won 2 races at motorsports premier category though everyone had forgotten within 10 seconds of him crossing the line in both of them.

Said the Mercedes driver, “I’m pretty sure I won a couple of months ago.” 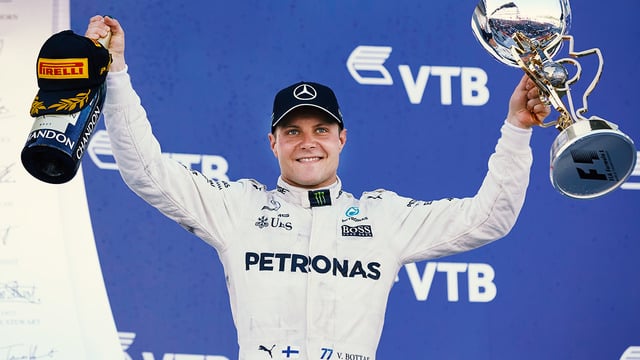 “I also have a dim recollection of standing on a quite high platform last week though I may have been fixing a drainpipe.”

“Dunno: I might have to Google it,” he added.

The 27 year old actually won his first ever race 2 months ago in Russia when nothing much happened then followed it up with the equally mind-numbing Austrian Grand Prix for which everyone forgave him as they’d already forgotten the first one.

“My ambition has always been to win in Formula 1 so it’s a shame I can’t remember it or indeed, whether it actually happened, Bottas continued.

“I’ve only been in this team 10 minutes and it’s already turning into my entire Williams career.”

Whiting still thinking about fucking himself