Struggling to locate marketing opportunities with its F1 program, Honda are thinking of launching an appalling family car to try and cash in on the tanking clusterfuck.

2 and a half years into the most embarrassing sporting alliance since Flavio Briatore discovered QPR, the Japanese car manufacturer are seeking brand synergies by creating the worst family hatchback in living memory.

Current architect of the corporate hara-kiri Yusuke Hasegawa said, “never has the mantra “win on Sunday, sell on Monday” been more pertinent: certainly judging by our trophy cabinet and sales figures.” 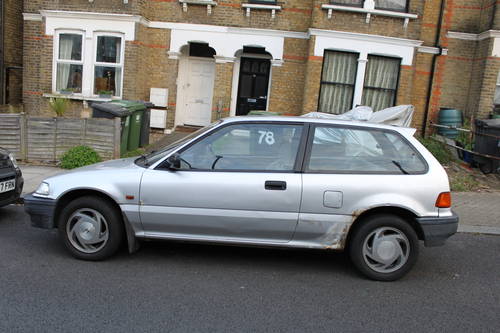 Achieving a level of excellence not seen since Andrea Moda, the industrial behemoth is seeking to alter the public’s perception of it as an otherwise blandly competent manufacturer of the Honda Jazz by highlighting its current F1 clown car expertise.

“The Honda Shit will be a 1.6 litre rancid excuse of a hatchback that will cost half as much again as its closest competitor and perform at least twice as badly assuming you can start the motherfucker once you’ve fixed the oil leak and scraped the rust off the alternator,” continued Hasegawa.

“You will literally want to kill yourself before getting in it which is ironic as – once behind the wheel – this will appear to be the car’s main function.”

“Once we get it to market we can create a special edition Alonso which will do all this far more often but be twice as expensive again. How’s that for brand fucking synergies?” he explained.