Honda have confirmed that Fernando Alonso will never escape their ineptitude no matter where he hides.

The alleged engine manufacturer announced the vindictive pledge following the Spaniard’s engine failure in a race thousands of miles away from where he would have been where exactly the same thing would have happened.

Head of Meaningless Vendettas, Takashit Innakazi said, “when we’re not busy not making engines that work properly the lads all love a bit of superstitious otherworldly cursing.” 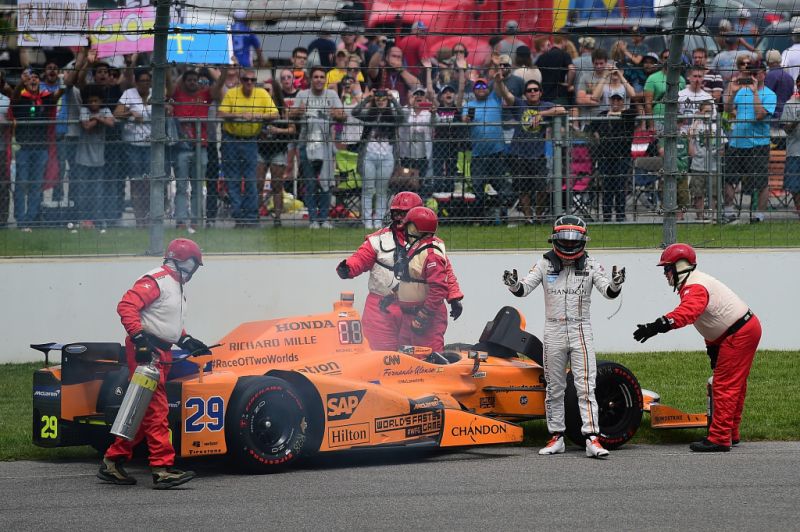 “We may not know how to create an engine that doesn’t explode once it gets a whiff of petrol but we do know how to conjure an ethereal destructive pledge unbounded by geography that bonds to its host until the end of its natural life.”

“I guess it’s just a shame we can’t seem to bring the same expertise and commitment to the thing we’re supposed to be doing,” he grinned.

Still in contention with just 21 laps to go, Alonso’s Honda finally recalled its true purpose and destroyed itself at last weekend’s Indianapolis 500.

And whilst Mclaren’s other drivers were busy aiming their cars at rather than round the Monaco circuit, the Japanese firm confirmed that should Alonso have taken his starting place at the Principality it would have been for nought once Jackie Chan had unleashed the Shinto spirit of mechanical strife by crane kicking a Civic Tourer 1.6 Diesel into a Peace Fountain stocked with Japanese Fighting Fish.

“BEHOLD THE MIGHTY PISTON DESTROYER!!!!!!” Innakazi continued, holding up some of the MGU-H unit that’s expected to fail during Friday practice at Montreal.