Fernando Alonso has got a craving for grits and there’s nothing anyone can do about it.

The Spaniard revealed the dish of coarsely ground maize kernels is giving his tastebuds the absolute horn and he needs to go to the one place he can get his fill of it: Americaland.

The 35 year old said, “you know how sometimes you get fixated on a certain food? Well, I can’t explain it but I just got obsessed with grits.” 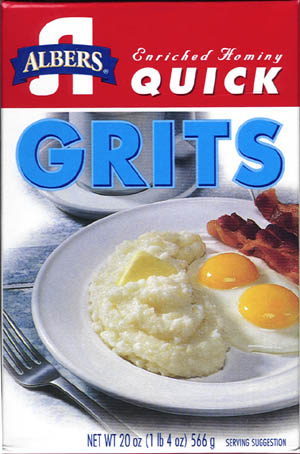 What momma made best before each morning’s cross burning

Coincidentally, the Indianapolis Motor Speedway is located here and happened to have a work placement space which the Spaniard said he would take whilst carrying out his number 1 priority of filling up on the oatmeal/polenta substitute.

“Of course, I’ve tried making it here in Europe but it’s just not the same,” Alonso continued.

“I need to go to where it’s made where I will consume my own body weight in the stuff to sate my craving.”

“Coincidentally also hitting the average driver weight for the 500 in the process,” he explained.

Ecclestone admits: “only joking about all that stuff Silverstone had to do”