Signing his new 1 year deal with the German team, the Finn celebrated the countdown to his exit by explaining the virtues of being precariously employed for a limited period.

“On the one hand there’s the inherent benefits of flexibility,” the 27 year old began. 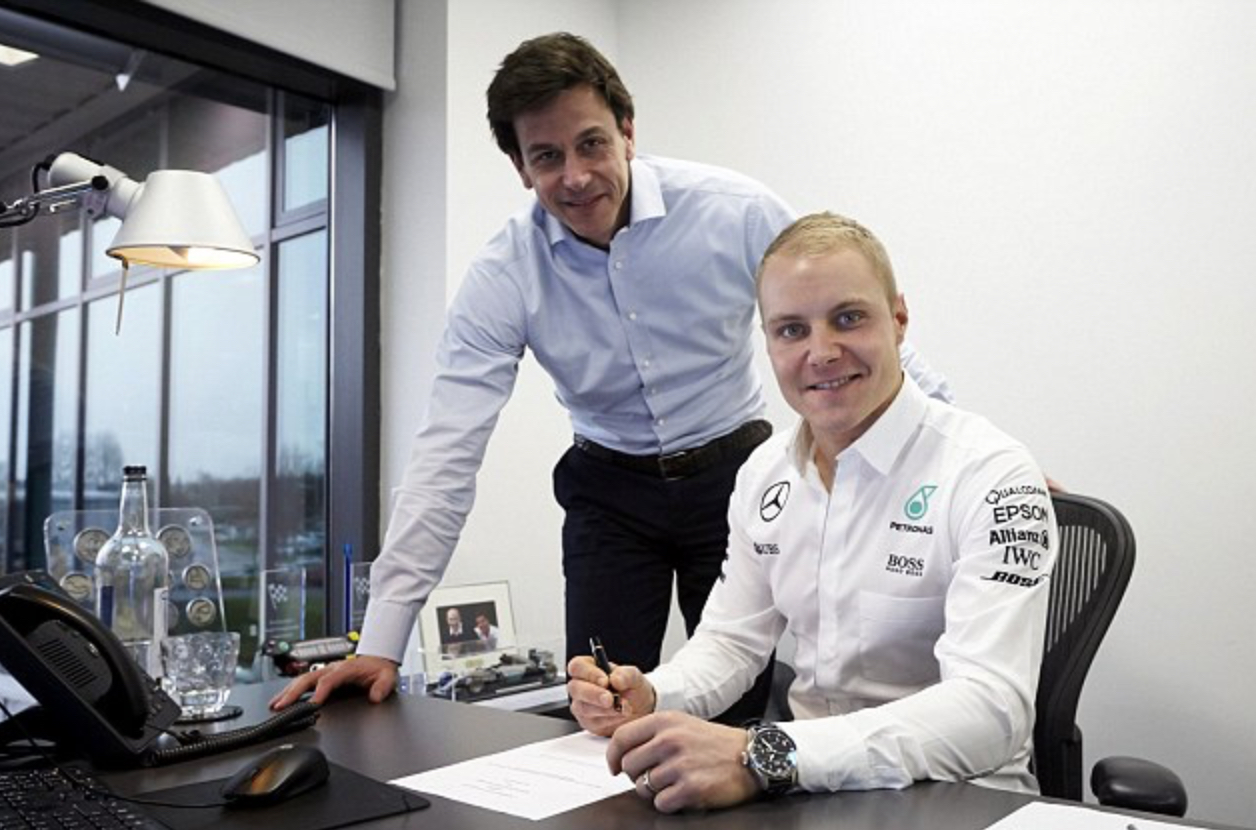 Where’s the bit about pension contributions?

“Plus – pro-rata – you get paid more: so long as you don’t think about pension and National Insurance contributions, holiday or sick leave.”

Bottas was due to begin his 5th consecutive season at Williams before the call came from a Mercedes squad suddenly without World Champion, Nico Rosberg and desperate not to allow Pascal Wehrlein anywhere near the car.

Bottas was the perfect fit for the German marque therefore given he was both available and not Pascal Wehrlein.

“At the end of the contract I can keep rolling or – you know – maybe there are other opportunities even better than this one I’d be free to take up?” Bottas continued.

“Fishing. Or skateboarding, say? Or Formula E?” he said under a stifled sob.