New Williams signing, Lance Stroll isn’t sure whether the team or him will be the proverbial bitch of the arrangement for the 2017 season.

The Canadian son of billionaire businessman Lawrence, Stroll isn’t completely rubbish but let’s face it, the only way he’s getting into Ferrari or Mercedes is via a Toronto car dealership.

Said the teenager, “look: I’m not stupid, I know I only got this gig because my dad owns half of Quebec or something.” 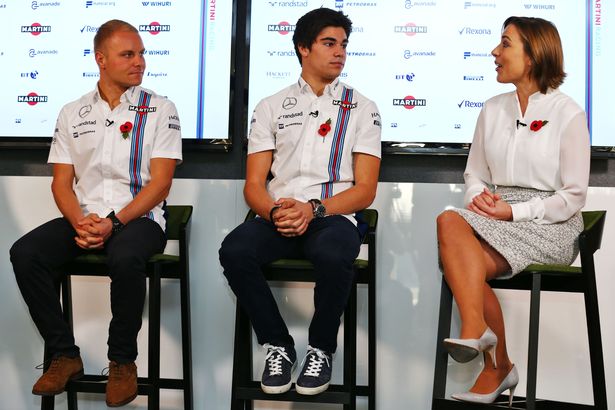 “Then again, they were the only ones to give me a job so 2017’s going to be interesting from the point of view of who’s going to be telling the other one where they can go and fuck themselves and bring me my race boots,” he explained.

Williams used to win stuff back in the 80s and 90s but then decided it would be a good idea to get into a shouting match with a German car manufacturer and ended up having to hire comedy Japanese bumper car pilots, escaped South American maniacs and people doing their end of season testimonial – for the entire season.

And now balding blubbery Brazilian Felipe Massa has decided to have everyone call it a day for him, the Globo-sized sponsorship hole looks ideally placed to be stuffed with the banknotes from bulging billionaire offspring, Stroll.

“Some days I’ll have the upper hand, sometimes they will,”continued the over-privileged pubescent.

“Sometimes I’ll be able to ask for all the new bits by pointing out I paid for them and all of them would be out of a job if it weren’t for me.”

“And other times we’ll leave peanut shells in the cylinder heads, unexpectedly cut his brake by wire and powder his race suit with Anthrax,” added Rob Smedley.