Lewis Hamilton doesn’t care what happens in the climax of the drivers’ championship as he will still be F1’s undisputed number 1 cockwand come the end of it.

Entering the final race of the 2016 season, the 32 year old failed human calligraphy experiment was reflecting on a year in which he stood on the brink of losing his title to his team-mate but retaining his status as one of the greatest tools ever to grace an F1 cockpit.

Standing on the wing of his private jet with what looks like the remnants of a D-12 tribute band, the Englishman said, “whether or not I win a title that will be entirely undeserved if it goes to anyone else, I can still hold my head up as the person unable to let the public keep their food down.” 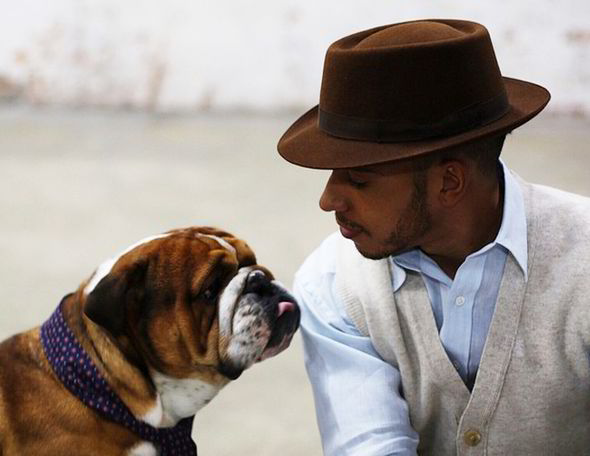 If you didn’t give me dog food, I wouldn’t be here

“That is something that Nico will never, ever be able to take from me and he knows it.”

“I bet it’s absolutely killing him,” he explained.

Striding self-consciously from one tattoo banality unveil to the next via Instagram posts of a disinterested pet blankly contemplating its latest diamante collar through Snapchat press conference fuckwittery and theism-tinged conspiracy theory, Hamilton consolidated his reputation as the F1 driver you’d least like to get trapped in a mirrored lift with.

“Whatever happens, only one of us will leave here with their reputation undiminished,” Hamilton added through mirrored sunglasses and pursed lips, failing not to resemble a pouting shop floor dummy.

“And that’s being the person the sort of people you’d least like most aspire to be,” he eulogised via a Twitter app run by one of his PR staff.