Returning from a Brazilian Grand Prix in which the Dutch wunderkid’s performance drew comparisons with Ayrton Senna, the Red Bull driver’s father immediately moved to control his offspring’s use as a future simile by patenting it or copyrighting it or something.

Said the wife beating flame retardant, “Max being compared to Ayrton is entirely appropriate but anyone comparing themselves to Max in future is going to have to ask me first.” 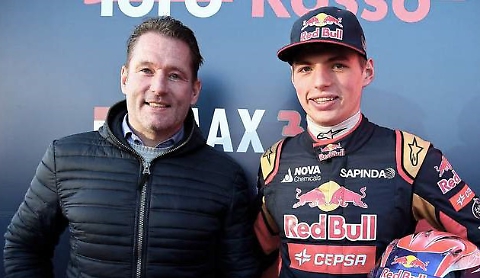 Other similes *are* available

“And right here’s where they start paying: in Euros.”

Scything his way through the field this time from the back rather than the front, the teenager overtook 11 cars in 16 rain-drenched laps to immediately draw parallels with the great Brazilian, Michael Schumacher, Gilles Villeneuve and Penelope Pitstop in the all time list of amazing drives.

To which father and manager Jos responded, knowing full well it would be a performance some Red Bull foetus or other might be compared to at the North Korean Inaugural Donald Trump Post Apocalypse Wasteland e-Prix in 2046.

“Anyone comparing themselves to Max in future is going to have to answer to me,” Jos growled.

Scrabble will vindicate me, says Webber