Charlie Whiting is still thinking about whether he should go fuck himself.

The 64 year old Race Director normally wouldn’t have given the angry and hastily assembled instruction from Sebastian Vettel a moment’s consideration but coming from a 4-time World Champion Ferrari driver, admitted it had given him cause for thought.

Said the millionaire button pusher, “in this line of work, I’ve gotten used to people telling me to do that on a number of occasions.” 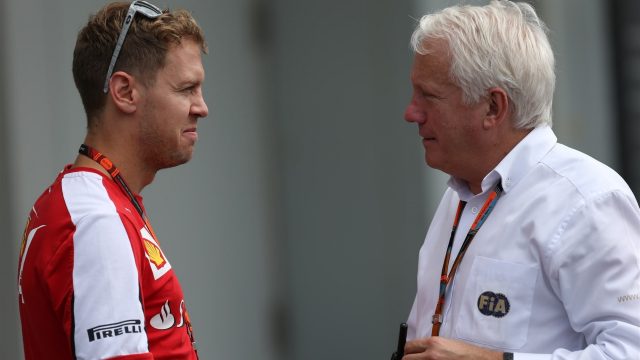 Double fist it.  With a run up

“Along with quite a few other things and sometimes simultaneously.”

“But aside from the fact they’re often anatomically impossible I’ve never actually thought about going and doing it: until now,” he admitted.

Vettel uttered the imperative expletive after Max Verstappen was apparently not being penalised for being a dangerous prick again, this time at the Mexican Grand Prix.

“It’s very important that the stewards and Race Director are considered completely impartial,” he explained.

“Unless Ferrari are concerned in which case that’s a different kettle of fish entirely.”