Max Verstappen used to show his hand at stone, scissors, paper fractionally after the opposing player had, ex-classmates have confirmed.

The 19 year old brake tester was once again forced to defend himself against accusations he’s a hair’s breadth from catastrophe after moving to defend his position from Lewis Hamilton once the latter had already gone for a gap he could have sworn was definitely there at the recent Japanese Grand Prix. 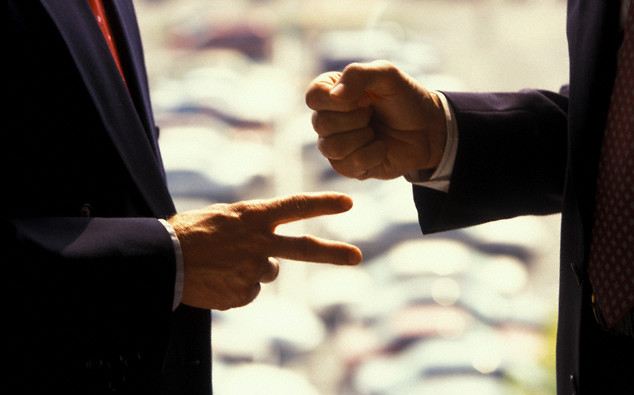 “You’d make your move and then he’d always go fractionally later and win every time.”

“And if you complained he’d just shrug and say there was nothing in the rules against it even though there was but if you got angry he said his dad would come and beat up your dad.”

“At which point you pretty much agreed with everything he said”.

Verstappen continues to deny he ever does anything wrong in F1 car-to-car combat because nobody is dead yet.

Whilst the stone, scissors, paper game accusations are just examples of sour grape and anyway they’re just jealous of him and look: here’s Jos with a big iron bar.

“On second thoughts, yes you were completely, 100% correct,” Max’ accusers all went.