Daniil Kvyat’s recent re-signing with Toro Rosso must mean he knows something about Helmut Marko, everyone reckons.

The 21 year old Russian was demoted to the Red Bull junior squad for being rubbish and has been driving like a stuntman in a Dukes of Hazzard extras DVD ever since but apparently that doesn’t matter, here’s another contract. 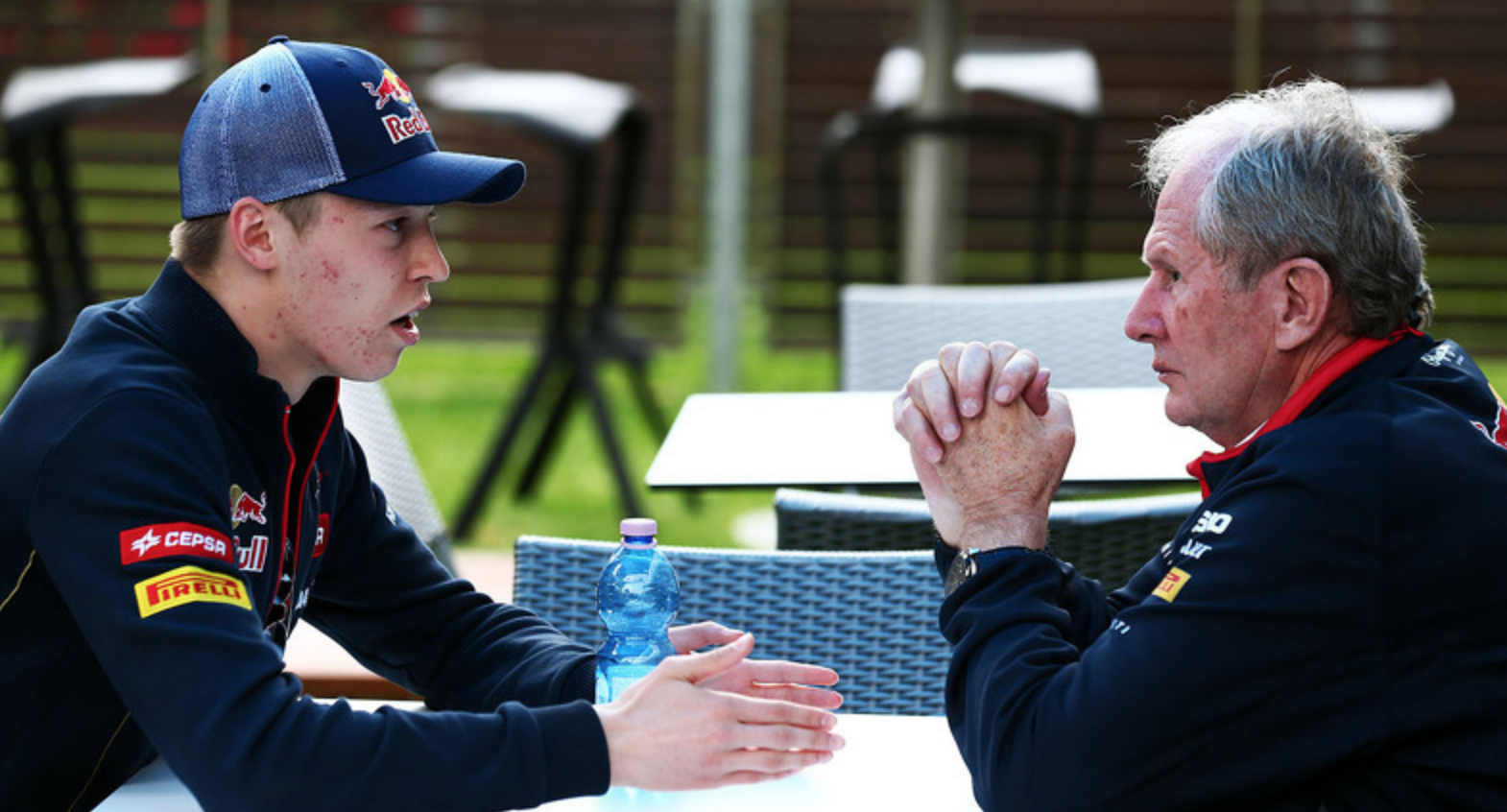 “Yet Daniil Kvyat’s clown car driving has somehow enabled him to keep his employment status.”

Kvyat started the year a Red Bull driver sort of alongside Daniel Ricciardo though mainly quite a long way behind him and was subsequently swapped with Max Verstappen to re-learn his craft.

Which appears to have been mainly an exercise in trying to keep team-mate Carlos Sainz vaguely in sight for at least as long as he’s not driven into the back of something obscuring the dwindling view of him.

“Or some sick combination of that: puppies or foals or something.”