The Omniscient Creator of the Universe explained that he had quite a lot on and couldn’t afford to carry out every little application of karmic retribution him/her/itself, no matter how justifiable.

Boomed Jehova from out of a big cloud, “it’s true, I would prefer Nico to win the F1 World Driver’s Title this year.” 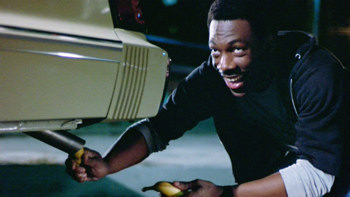 “He’s finally got the measure of Lewis: plus he doesn’t keep calling me up every 10 minutes which gets on your tits pretty quickly, I can tell you.”

“Anyway, have you seen Aleppo? Like I haven’t got better things not to meddle with,” God explained.

The reigning World Champion has had more engine failures than every other Mercedes’ powered driver in 2016 which therefore has to have been caused either by some Earthbound conspiracy by his own employer or an ethereal plot involving God taking time out of a busy schedule not intervening in man’s affairs to instead intervene in a sporting contest where millionaires drive around in circles every fortnight.

Rather than – I dunno? – luck or something.

“Fella called Kevin’s doing it. Nice lad. Used to do frogs and locusts back in the day,” continued Yalweh.

“As long as he doesn’t make it too obvious.”

“If I move it’s in mysterious ways: I can’t have my ethereal henchmen going around sticking bananas up exhaust pipes,” he whispered into the ether.