Lewis Hamilton’s holiday companions were devastated to learn they had to spend yet another week with the overbearing twat.

Inadvertently finding themselves hanging out as part of his posse, the small group of increasingly reluctant hangers-on got their dates wrong and thought they’d be rid of the crowing human stencil this weekend, not next.

Said one of them, “the prick’s been driving us absolutely mental.” 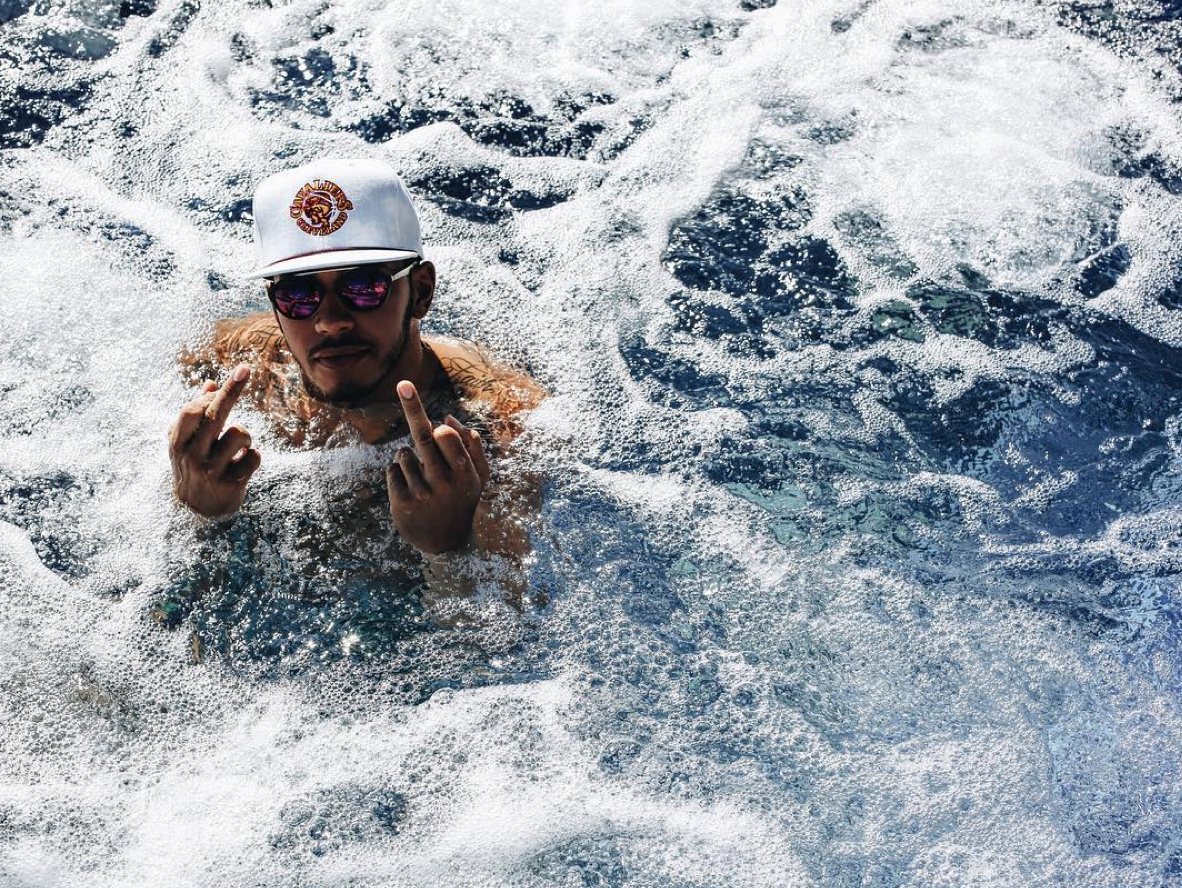 Now you know how we feel

“Ever since he won in Germany he’s been absolutely insufferable: high fiving everyone for no reason, doing wheelies on his BMX, telling everyone how pumped he is.”

“If he hadn’t paid for me to be on this yacht the last 3 weeks I’d have swum for it after about 10 minutes,” he admitted.

6 wins from the 7 races immediately before the summer break saw the reigning world champion wrestle a seemingly insurmountable lead from his team-mate and now he can’t stop banging on about it and making everyone else wish he’d fall down a well or get hit by a speedboat.

“He’s on Instagram every 5 minutes posting photos of sunsets going on about God, love, his exercise regime and how pumped he is.”

“The rest of the time he’s telling us about him doing that.”

“Don’t blame us if at Spa he’s missing his own head is all I’m saying,” he explained.