Aparecida Schunk, the mother of Ecclestone’s wife Fabiana Flosi was freed recently following her kidnap by a gang of 3 men in Brazil but was thought to be unharmed by the ordeal.

Said one half of the gold-digger’s parents, “I was initially scared but eventually it became quite boring – even for my captors – and it was then that my kidnappers started doing jokes about my son-in-law to amuse us.” 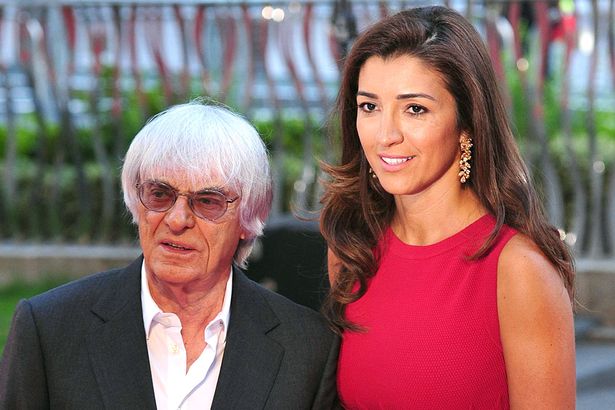 Have you heard the one about the Octogenerian and his 35 year old wife?

“For example: what’s the difference between Bernie and a vulture? The vulture waits until you’re dead before it eats your heart out. Eventually, we were just falling about,” she explained.

It’s thought that Bernie Ecclestone’s position of power, wealth and influence makes him an ideal butt of jokes that subvert this hierarchy at the expense of his status.

That and the fact he’s a complete cunt.

“How many Bernie Ecclestones does it take to change a light bulb? One. He just holds it up there and waits for the world to revolve around him,” Schunk continued.

“I’m not saying Bernie’s ugly, but he uses his bottom lip as a shower cap.”

“Brilliant, aren’t they? Plus they assist me forgetting about the 47 year age gap between my daughter and her husband which otherwise leaves me in a permanent state of abject despair,” she explained.