F1 fans have decided the supposed Clash of the Titans rivalry between Ayrton Senna and Alain Prost was nothing of the sort as the pair only hit each other twice.

Reeling from the third accident *this year* between 2016 title rivals Lewis Hamilton and Nico Rosberg at the Austrian Grand Prix, viewers could be forgiven for thinking the earlier tete-a-tete was between a right pair of pussies.

Super F1 fan, Holly Filchmeplease said, “like many others below the age of 20 I think everything about F1 now is the greatest thing ever – with one exception.” 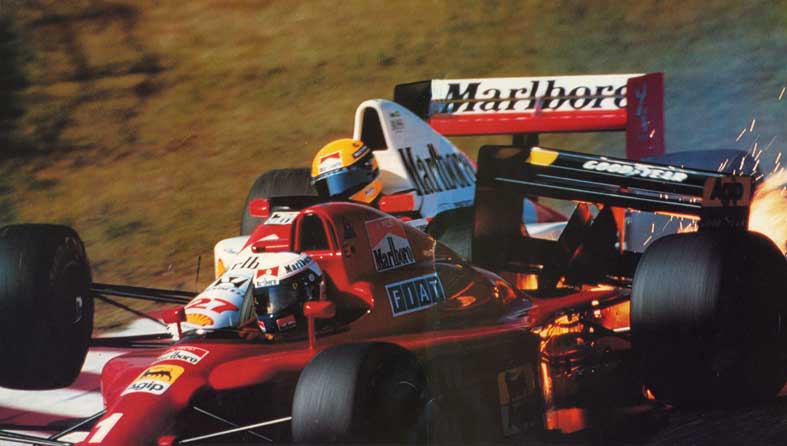 “And that is that I am expected to believe Prost vs. Senna is an untouchable icon of sports mega-clashes that will never, ever be repeated.”

“Well: bullshit to all of that from now on,” she added.

The last lap coming together at the Red Bull Ring was only the latest in a long line of accidents and near-accidents from 21st Century F1’s most underwhelming rivalry matrix.

A polite man who is fast but can’t race vs. a man who can race but would rather be Snoop Dogg.

“How can Senna vs. Prost be the greatest ever clash when they only actually clashed twice?” Filchmeplease continued.

“People will be saying Pastor Maldonado wasn’t the greatest F1 driver next even though he crashed the most.”