Heineken marketers want everyone to be absolutely clear that they want people to drink as much of their beer as humanly possible.

Announced as one of F1’s title sponsor last week with the slogan, “if you drink, never drive”, the bottlers of the flaccid alcohol beverage insist that if you’re not driving they’d like you to consume as much of their fizzy gut piss as your liver can take.

Heineken bigwig, Gianluca di Tondo said, “people should never drink and drive. But people should definitely drink. And then drink some more.” 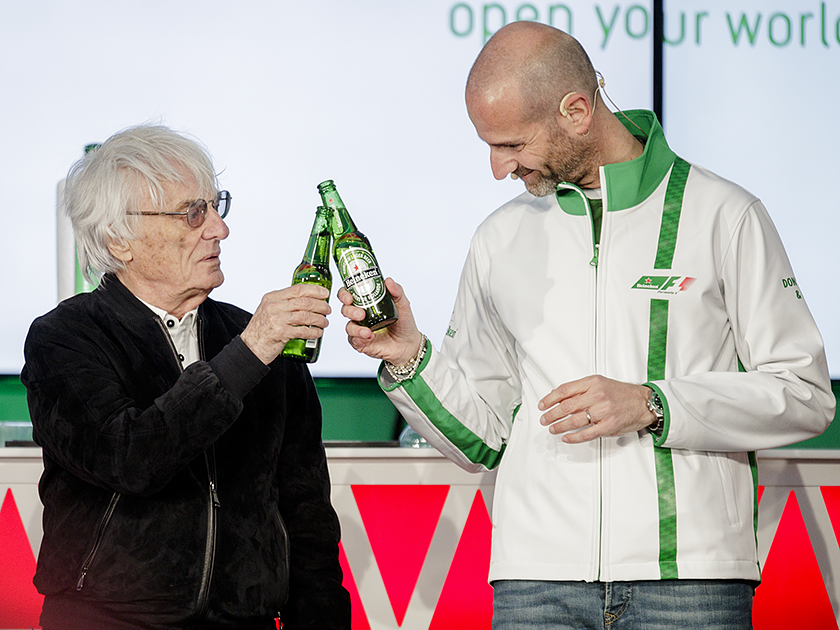 I’m more of a human blood fan, myself

“And if they’re still not driving but they’re wondering whether they should have another drink: why not have a drink whilst you’re thinking about it?”

“Heineken ideally though to be honest, I like to get off my face on sambuca,” he explained.

Almost every country in the world has legislation restricting or banning the combination of alcohol and driving whilst the only ones that don’t haven’t finished scraping all the accident victims off the road yet.

And even though one might think advertising beer to sell more beer inevitably means lots of people listening more to the drinking than the not driving message, apparently it doesn’t work like that.

“Sponsoring the highest profile driving sport in the world might have muddied the waters I guess?”

“Sorry: we must have been pissed,” he added.