At least the European Grand Prix didn’t split the UK asunder with a controversial race that sowed a set of toxic grievances, generational division, despair and alienation, British viewers have decided.

The piss-boring race around the Transcaucasian country’s capital was settled in favour of Nico Rosberg everyone thinks though to be honest they were asleep for at least half of it and probably read that in the news.

But at least it wasn’t so controversial half the audience got in a fist fight with the other half over something they probably shouldn’t even have really been discussing in the first place. 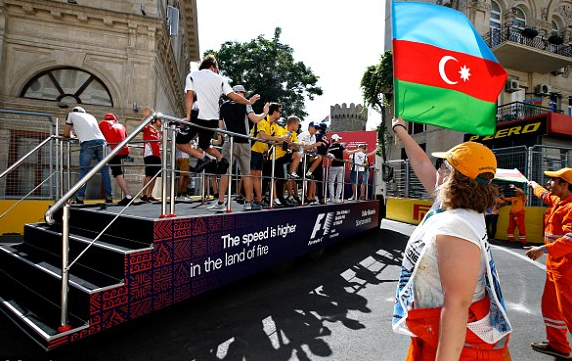 Confused opinion giver, Wayne Sheeps said, “that was one of the dullest races I’ve seen in the last 2 years.”

“Which basically means it’s also one of the worst races in the last 200 years. And probably the next 200 as well.”

“In retrospect, a great way to coalesce British opinion this particular European institution is absolute bobbins,” he concluded.

Ever since the campaign started, United Kingdom voters have been split right down the middle over the controversial EU referendum in an increasingly acrimonious debate that has lead ultimately both to Brexit and a society-ingrained animosity that will last for generations.

But whether Leave or Remain: all UK viewers could at least come together to agree the European Grand Prix was one of the shittest things they’d ever seen, never mind sporting contests.

“And where there is a fucking pointless, divisive referendum may we bring a massive unadulterated life changing clusterfuck,” Sheeps explained.