Nico Rosberg was in the wrong engine mode at the start of the Spanish Grand Prix because he was too busy trying to operate the rear-facing gun.

The 31 year old F1 Championship leader crashed out of the recent Barcelona race following a collision with team-mate Lewis Hamilton who reckons his car is the width of a cigarette packet and as secure on grass as a Flymo sit-on mower.

But the Englishman’s gap-locating radar was only encouraged into its invalid homing function owing to his team-mate’s car being in an engine mode designed to sucker idiots into going for gaps that aren’t really there. 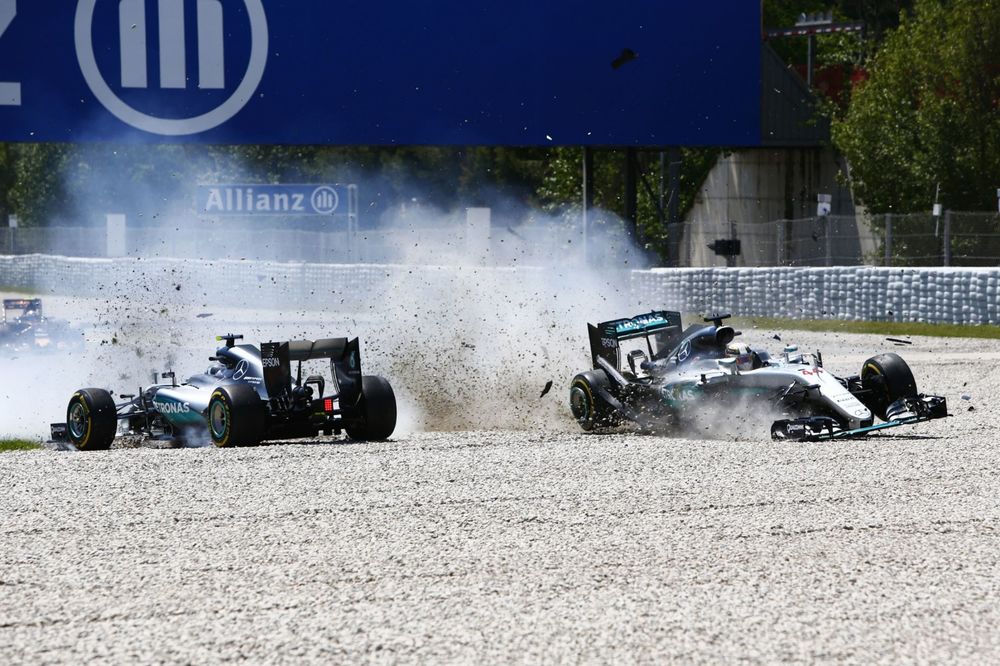 *Knew* I should have gone for the smoke canisters

Rosberg said, “as we exited turn 3 I could see Lewis behind and so immediately reached for the rear facing gun; in so doing, accidentally switching the turbo button off or whatever all these switches and levers do.”

“So instead of spraying Lewis’ stupid face with bullets I inadvertently encouraged him into thinking his car would fit into a gap smaller than the brain in his thick head.”

“Usually we wouldn’t sanction our rear facing gun any more than we would the minelets, road tacks, forward facing flame thrower or any of the other Wacky Racers inventions illegally hidden in our cars,” team boss Toto Wolff later admitted.

“But given we’re in the entertainment business I thought I’d let the boys just get on with it.”

“Though now it’s going to be a great big red button right in the middle of the steering wheel so at least we lose only one car to pilot-fuckwittery in future,” he concluded.