Dietrich Mateschitz turned up at a Grand Prix for the first time and finally figured out why his company didn’t have an extra $1,000,000,000 in the bank.

Scratching his head and staring quizzically at all the Red Bull banners inside the Barcelona circuit, the Austrian billionaire founder and CEO of the energy drink empire blundered around the Spanish racetrack for several hours before finally stumbling upon a garage with 4 massive trucks and an F1 team parked behind it whereupon the Euro finally dropped. 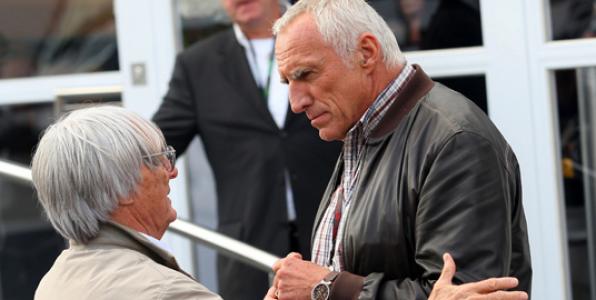 What have you done with my money?

“And every year there are so many zero’s on the spreadsheet I can’t say I’d noticed that there should actually have been a shit load more.”

“But then I finally got up the energy to turn to page 2 and noticed this massive negative number – albeit one still a couple of digits shy of the massive positive number on the front,” he explained.

Enquiring as to what the fuck this was then, Mateschitz’ TV was turned on by an employee dressed as an Alpine cow and shown an F1 race for the very first time.

It was then that the 72 year old came face-to-face with the one thing preventing him from becoming a trillionaire.

“So 20 times a year all these idiots come together to race these shelving unit advertising hoardings on wheels and millions and millions of people watch even though they pretty much know the result beforehand?” Mateschitz asked.

“And everyone thinks *I’m* an idiot?”