After Red Bull’s sacking of compatriot Daniil Kvyat, Russian President Vladimir Putin has vowed to drink his vodka neat from now on.

Reacting to the 22 year old’s demotion to its junior team, the unhinged ex-KGB Premier declared his traditional afternoon pick-me-up would become a double downer in protest at the pop manufacturer’s move against his fellow countryman.

Said the terrifying blank-eyed superpower-baiter, “after a hard day’s money laundering and sabre rattling, nothing would get me in a more productive mood for the afternoon’s supplementary bout of democracy-crushing than a Smirnoff and Red Bull.” 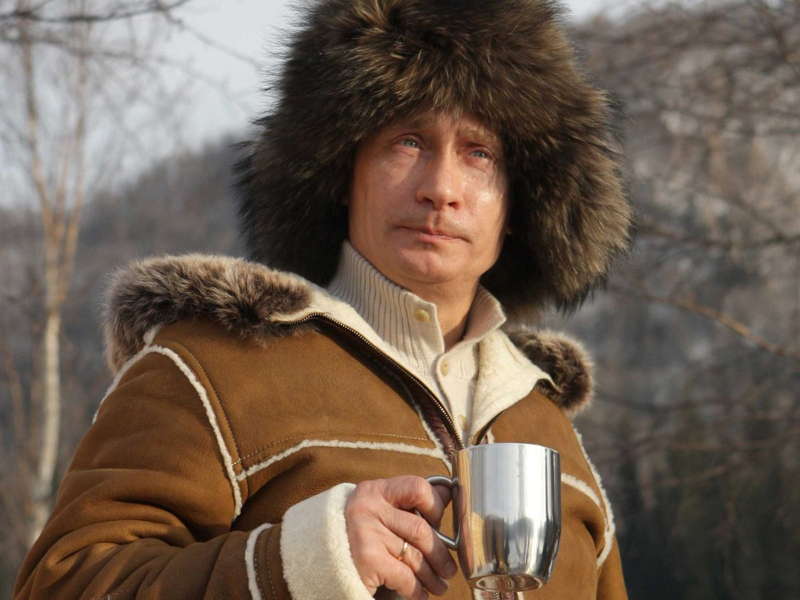 Any more for Polonium?

“But given their actions against Daniil this week I have reluctantly decided to simply double the vodka intake instead.”

“God help the whole of humanity for my decision making from now on,” he added.

Kvyat had got off to a fairly humdrum start to the 2016 season even before he’d taken to treating Red Bull alumni Sebastian Vettel’s Ferrari as an auto-test bollard and profanity klaxon.

But whilst the rest of the world were secretly thrilled to see the 4-times world champion hurling invective at a tyre wall, the writing was already on it as far as the young Russian and his team’s stick-wielding employment henchman, Helmut Marko were concerned.

“It’s a shame Premier Putin is no longer a fan of our product but I’m sure this won’t impact how he views our company generally or me specifically, “company boss Dietrich Mateschitz said through a gag whilst hanging upside down above a tank full of Tiger Sharks.