All the F1 pay drivers told Nico Rosberg to go fuck himself when he asked who was picking up the tab for their recent restaurant excursion.

Posting a selfie of the event, the championship leader failed to mention the embarrassing silence near the end of the meal when the plates were cleared and the waiters all started looking at their shoes and checking their watches.

Said a fellow diner, “it was all good fun; we had a lovely meal but before we knew it we were onto the desserts and coffee and that awkward moment where everyone had to figure out who was going to stump up.” 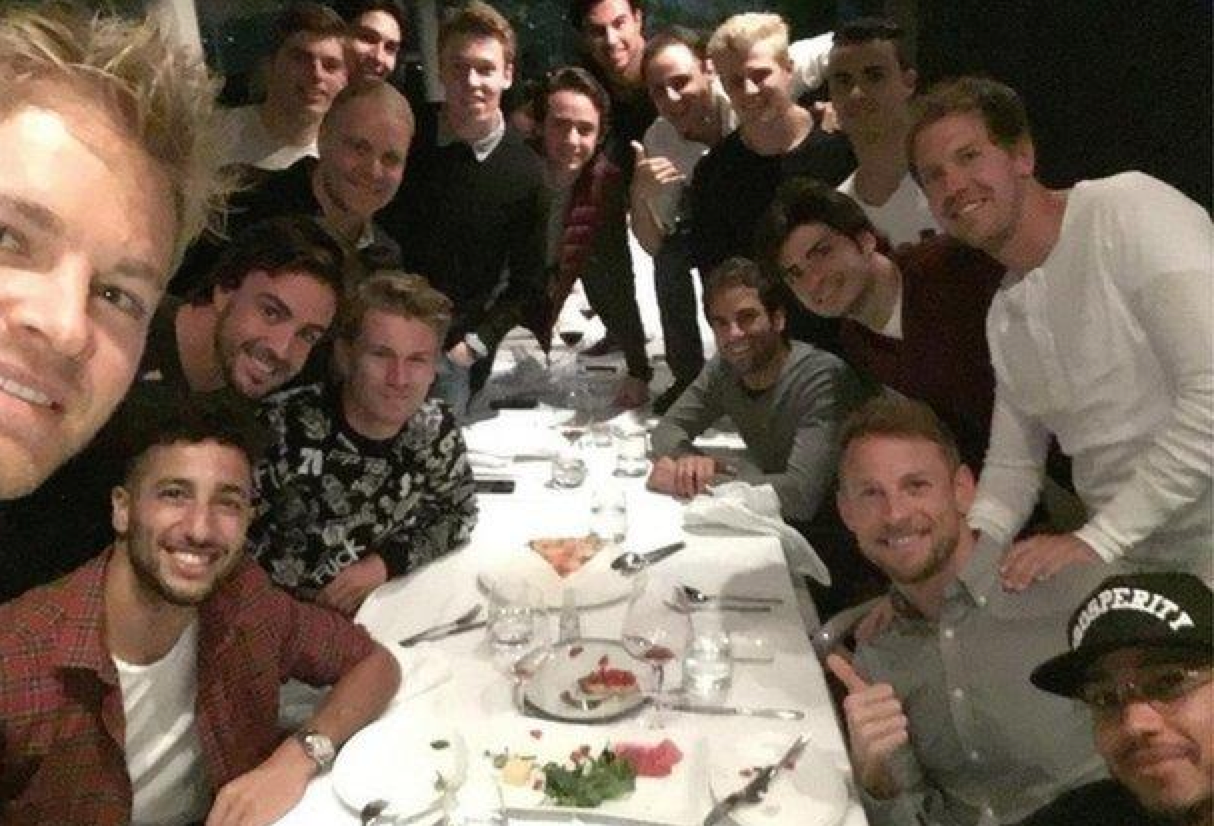 Who had this expensive starter?

“I guess everyone sort of assumed Ericsson, Nasr, Haryanto or Perez would get their wallets out because that’s what they always do.”

“But Jesus: you haven’t seen angry till you’ve met an Indonesian being asked to pay a restaurant bill he doesn’t want to,” he explained.

Prior to the Chinese Grand Prix, Rosberg took it upon himself to show F1 drivers’ hitherto hidden sense of solidarity by organising a night out at a restaurant but having done that, was fucked if he was picking up the bill.

“Everyone started twirling their teaspoons in their empty espresso cups, fiddling with their car keys and talking about sponsor events they had to get to early the next morning,” the diner continued.

“At which point – I’m not saying who went mad – but let’s just say Sauber aren’t sending any Christmas cards to Mercedes this year.”

“Assuming they could have afforded to in the first place but I think that joke got lost whilst everyone was quietly fishing around for their Mastercards,” he explained.