Max Verstappen has yet to come down for his tea even though his team have been calling and calling him for half a fucking hour.

The 18 year old had just completed a frustrating Australian Grand Prix in which the fractious Dutchboy was prevented from getting past his team-mate, got stopped on the wrong lap and finally spun off after hitting his team mate: none of which was even his fault.

Team boss Franz Tost said, “the team made a couple of mistakes with Max and we’re sorry.” 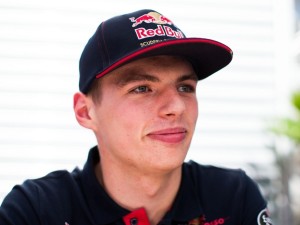 “So to apologise we made his favourite Bacon Double-Cheeseburger with chilli sauce and ranch fries and one of our guys rushed to the supermarket to get Ben n’ Jerry’s Utter Peanut Butter Clutter ice cream to finish, all washed down with a big glass of Cherry Coke.”

“But that was over 30 minutes ago and now the whole thing’s just going cold,” he explained.

The pubescent Pob-a-like started the weekend’s race in his highest ever grid position before a sequence of completely unfair things ruined absolutely everything and now he hates everyone and doesn’t even like burgers anyway: he told them that ages ago the last time they tried to cheer him up when he crashed in Monaco which wasn’t his fault either.

They’re all really stupid, don’t understand him and should just leave him alone, ok?

“I don’t understand it,” Tost continued.

“Yesterday he was really sweet: laughing and joking telling everyone how great they all were and how much fun he was having.”

“But today he’s an absolute cuntbubble,” he said over a pile of cold junk food.

Lotus emulation to include going bankrupt