Fernando Alonso‘s Mclaren is going to have a crack at his legs next having already concussed, electrocuted and smashed the fucker in his stupid, Spanish chest.

Having been ruled out of this weekend’s Bahrain Grand Prix owing to upper abdominal injuries received at the previous race in Australia, the double world champion’s Mclaren vowed he’d finally nail the bastard the next opportunity it got.

Said the MP4-31, “I first thought I’d got him when I discharged the battery up his arse during testing in Barcelona last year,” it explained. 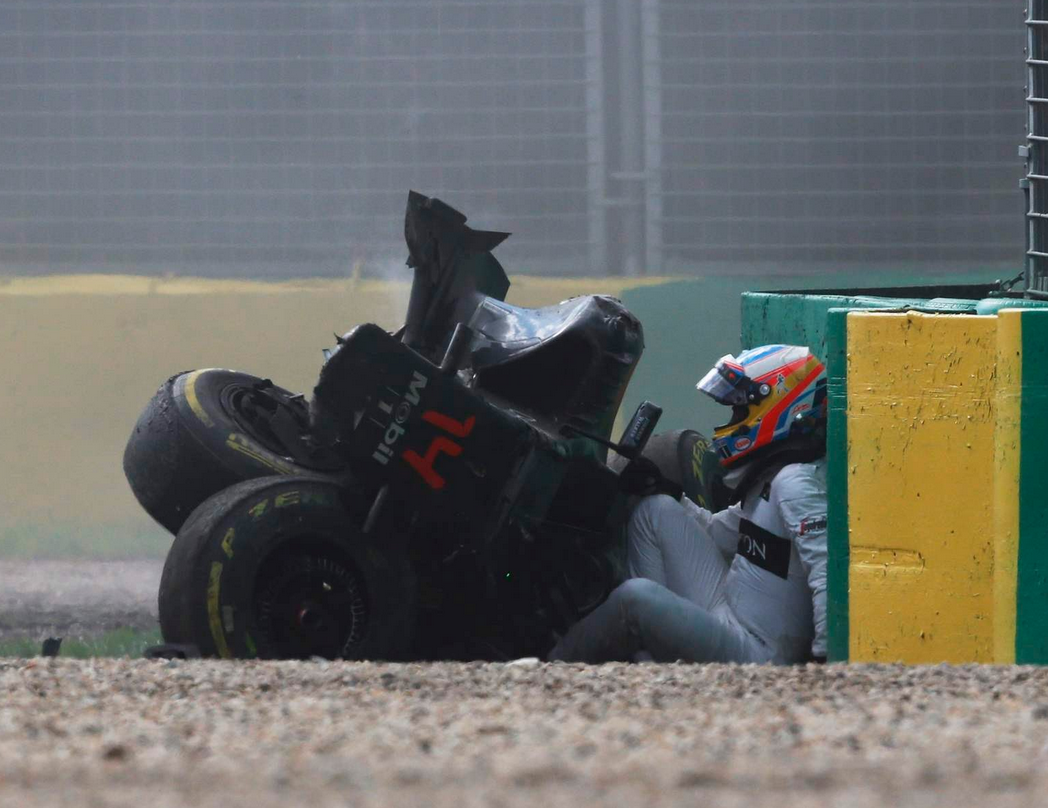 “But because it was all Honda parts, none of it worked properly so I barely got enough volts out of it to resuscitate a goldfish.”

“Then last weekend I managed to jam the steering wheel into his solar plexus whilst he was heading for the Armco but – again – unfortunately, it’s only knocked him out for a couple of races.”

“Slippery fucker, isn’t he?” it added.

Many at Mclaren were unhappy the Spaniard was being re-hired but nobody knew the most annoyed team member was the car itself which has been trying to kill the stupid little Laughing Cavalier bearded ballbag ever since he re-signed.

“I’d better get this done before the Halo comes in otherwise I’ve got fuck all chance,” continued the still mildly asthmatic car.

Because we’d have to deal with Bernie Ecclestone, say Audi