Bahrain is a really nice place to have a Grand Prix now with no political unrest, torture, politically motivated violence or trouble of any sort, it’s been revealed.

Following a successful event at the Gulf principality during which absolutely nobody was shot, held without trial or harassed by the authorities, journalists declared the country to be absolutely fine now.

Veteran F1 correspondent, Bernard Roefuck said, “what a great place to have a Grand Prix.” 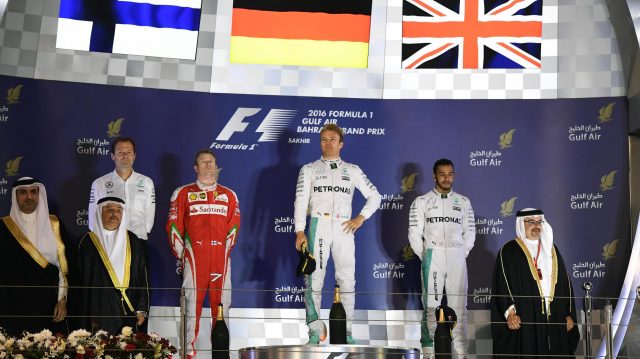 How loud can we get this National Anthem? I can still hear shooting

“It’s lovely and warm, the Bahrainis are always so hospitable, the track is great and absolutely nobody gets teargassed, beaten up by the police or locked up in solitary confinement without legal representation for waving a placard around.”

“What more could you want?” he added.

Bahrain used to be just an utterly ludicrous location to hold a race assuming you ignored everything about all the money they were shelling out for the privilege.

But then it became what outside F1 is called, “immoral” because of all the people the state kept locking up, shooting and smashing over the heads with truncheons.

Though not any more, thankfully.

“I’m glad the Bahraini State have stopped beating the shit out of everyone in the populace who disagrees with them,” continued Roefuck.

“We wouldn’t want our sport to get such a bad reputation you couldn’t get a race in places like China, Abu Dhabi, Russia and Azerbaijan.”

“That would be a tragedy – whatever that is,” he added.