Red Bull have reminded everyone Infiniti is a thing by removing itself from it.

The Insignia has been on the side of the Red Bull Formula 1 cars for 5 years without anyone quite remembering what it is exactly or what it represents but won’t be there any longer so luckily you don’t have to worry about that any more.

Said boss, Christian Horner, “we’d like to thank Infiniti for all their whatever it was they’ve done for us over the years.” 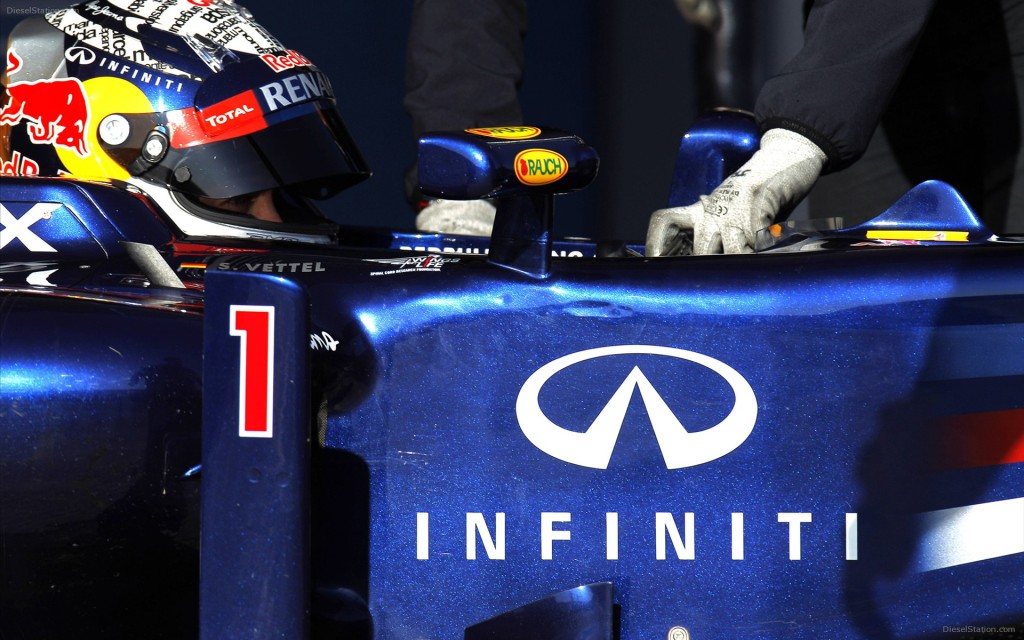 According to their logo, I think they make Pacman machines

“I expect it was money: that’s a big sticker to be carrying around so they must have had a shit lot of cash in order to get that on the side of the car.”

“I think they make cars don’t they? Or is that Renault?” he added.

Infiniti hoped that by spending a small fortune to be associated with the all-conquering F1 team, an aura of premium respectability would rub off rather than a bankrupt embarrassing anonymity – like when Lewis Hamilton invites himself to a Tiny Tempah party.

“Before 2011 the only people who had heard of Infiniti thought it was just the incorrect spelling of Infinity,” Horner continued.

“5 years later and now there are lots more people who think that.”

“It’s a triumph of man’s ability to spell and we applaud whoever they are again for showing that at least,” he exalted.